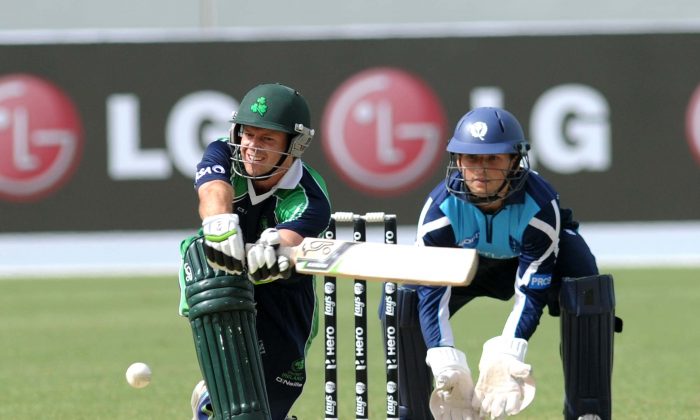 Ireland takes on Scotland in the first of 3 ODIs on Monday, September 8.

Neither team has any matches scheduled after this ODI series before the ICC Cricket World Cup in February 2015.

The International Cricket Council notes that both teams are preparing for their third appearances at the World Cup.

“The rivalry between the neighbours extends back to 1888 when they met for the first time, and in the intervening 126 years, they’ve played each other in 12 ODIs, most recently in two ODIs in the final round of the Pepsi ICC World Cricket League Championship in September 2013, with Ireland winning both encounters,” it said.

Ireland skipper Kevin O’Brien said that the series will be critical in preparing for the World Cup.

“The players all know just how important this series is in terms of World Cup preparation, and the fact that it’s Scotland gives it an extra edge,” said O’Brien.

“I’m looking forward to rubbing shoulders with our celtic cousins, and relishing the chance to experience a rivalry, which I’m told, is quite intense. It’ll be another chance for our players to perform in a high pressure environment,” he said.