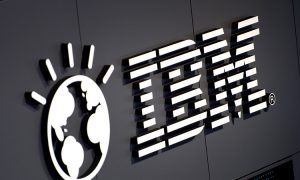 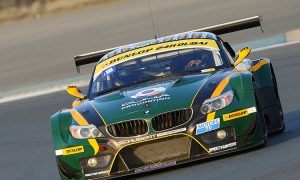 A country normally associated with beautiful green landscapes is looking to revamp its floundering economy with a green car revolution.

The Irish government plans to have ten per cent of all vehicles in Ireland powered by electricity by 2020, this represents approximately a quarter of a million new electric vehicles on the streets over the next 12 years.

That was the announcement made by Energy Minister Eamon Ryan and Transport Minister Noel Dempsey last week. Both ministers were hopeful that transforming transport in such a move would also help the economy to recover.

In the 2009 Irish National Budget the Accelerated Capital Allowance Scheme (ACA) was extended to include Electric and alternative fuel vehicles. This made electrically powered vehicles a viable option for most businesses operating in urban areas.

In recent years Ireland has seen the re-emergence of electric trams (LUAS) which disappeared in 1944, perhaps the days of the electric milk floats and the electric bread vans are about to arrive again.

Sustainable Energy Ireland will receive a grant of one million Euro to research into infrastructure needs to enable the use of electrical vehicles nationally. They are also charged with producing a buyer’s guide for the purchase non-commercial vehicles and the cost of ownership of these electric vehicles.

“The Irish Government is signalling its intentions to national and international players that Ireland is ‘open for business’. We are positioning ourselves as a centre for electric vehicles. The Government expects considerable international investment to emanate from this plan,” said Energy Minister Mr Eamon Ryan this week.

In the joint statement Transport Minister Noel Dempsey said, “This Government initiative is an important step in transforming our current unsustainable travel and transport patterns. It will help us reduce our dependence on fossil fuels, improve energy security and lower our transport emissions.”

Mr Brendan Halligan, Chair of SEI (Sustainable Energy Ireland) said, “A significant amount of work will be carried out over the next few years to bring electric vehicles into the mainstream in Ireland.”

The government statement pointed out that Padraig McManus, Chief Executive of the Electricity Supply Board (ESB) was fully behind this new initiative and that he was pleased that Ireland is embracing the electric transport model. The statement also mentioned that the ESB is working with all parties to facilitate the development of this initiative.

Hugh Curran Communications Officer for Renault Ireland told The Epoch Times that he felt the new proposals and motives behind them were “positive and pro-active.”

He said, “The incentives that have been announced in the carbon budget set out a framework for all manufacturers to work towards.” However he could not discuss in detail the impact of the new initiatives on Renault Ireland. He felt that along with the rest of the industry in Ireland, Renault “really need some time to investigate and research all the proposals and their impacts.”

In concluding Mr Curran pointed out that at the end of 2007 Carlos Ghosn, Renault CEO, spoke of Renault’s “Zero Emission ambition,” and that Renault, along with their alliance partners Nissan, were already involved in programmes with the aim to bring to market electric vehicles by 2011.

Robert Nolan, Managing Director Green Machines and Spokesperson, Electric Transport Lobby Group (ETLG) said, “We are pleased with the Governments introduction of the accelerated capital allowance at a time when we are all being asked to tighten our belts for the good of the economy. It shows a recognition that a switch to electric vehicles is not only good for the environment but it is also a move that will benefit both individuals financially and the country through a reduction in carbon transport emissions.”

The Norwegian capital city of Oslo is a fore runner when it comes to initiatives to promote the use of electrical vehicles. Electric vehicle owners receive significant purchase tax benefits, no road tax, use of bus and taxi lanes, access to free parking and the free use of all toll roads.

Ireland's Labour party Transport Spokesperson Tommy Broughan has welcomed the governments proposals on developing an electric car programme for Ireland but said that the proposals released do not go far enough to ensure the rapid deployment of electric vehicles across Ireland.

“Plans to develop the infrastructure necessary for a fleet of electric cars is greatly welcome, given that many other states such as Denmark, Portugal and Israel have moved so far ahead in developing their own programmes” said Tommy Broughan.

The Labour Spokesperson highlighted that the development of an electric car programme would increase electricity demands to fuel the cars and wondered what the plans were for the ESB within this programme. “The Minister’s statement has nothing to say on the proportion of additional electricity output necessary from 2020 onwards to fuel a national deployment of electric vehicles.

"Other states which are further down the road of a mass deployment of electric cars have a more diverse energy system which usually includes a much stronger portfolio of renewable energy and even nuclear power.”

Simon Coveney TD, of Irish political party Fine Gael’s described the Government’s plans as “an unambitious and inadequate response to the emissions problem in the transport sector.”

“While other countries such as Israel and Denmark are planning for the complete replacement of car fleets with Electric Vehicles, or at least a high percentage future, here in Ireland we are proposing a mere 10 per cent."