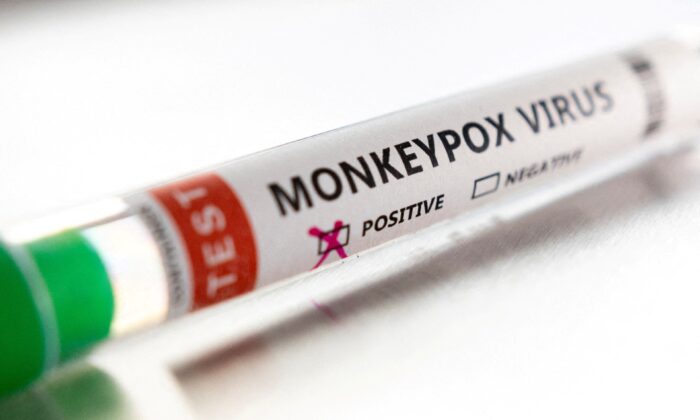 One case of monkeypox has been identified in the Republic of Ireland, the country’s public health authorities confirmed on Saturday.

It’s the second confirmed case on the island after neighbouring Northern Ireland confirmed its first case on Thursday.

The Health Protection Surveillance Centre (HPSC) said it was notified on Friday night of the case in the east of Ireland. The person was not hospitalised, the HPSC said, but it didn’t provide other information in order to maintain patient confidentiality.

The centre said a second person was awaiting test results, and those who were in contact were being provided with advice.

Monkeypox, a viral disease usually found in West or Central Africa, has appeared in around 20 countries including in Europe, the Americas, Australia, and the Middle East this month.

Since England reported its first confirmed case on May 7, around 200 confirmed cases and more than 100 suspected cases have been reported, most of them in Spain, England, and Portugal.

The HPSC said the Health Service Executive had set up a multidisciplinary Incident Management Team since the beginning of the outbreak. It also said monkeypox had been made a notifiable disease, meaning hospitals and labs are required to notify the local health authorities when they identify a case of the disease.

As of Thursday, three cases were identified in Scotland and 101 were found in England, bringing the UK total to 106.

Only the first case was reported to have had a recent travel history to Nigeria and the majority of the confirmed cases were among men who have sex with other men.

Three confirmed cases were reported in Latin America on Saturday, two in Argentina and one in Mexico.

One Argentinian case is a Spanish citizen who travelled to Argentina on Wednesday, according to the country’s Health Ministry. Mexico’s Health Secretary Hugo Lopez-Gatell said the case identified is a 50-year-old male New York resident who “was probably infected in the Netherlands.”

A rash may develop within one to five days after the appearance of fever. It changes and goes through different stages before finally forming a scab which later falls off, According to the UK Health Security Agency.

An individual is contagious until all the scabs have fallen off and there is intact skin underneath. The scabs may also contain infectious virus material.

The disease doesn’t easily transmit among humans, but transmission can occur if one comes in contact with clothing or linens used by an infected person, monkeypox skin lesions or scabs, or the coughing or sneezing of an individual with a monkeypox rash.