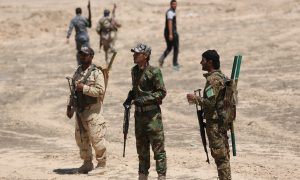 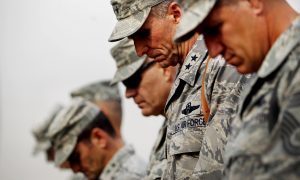 What 'Boots on the Ground' in Iraq Looks Like
0 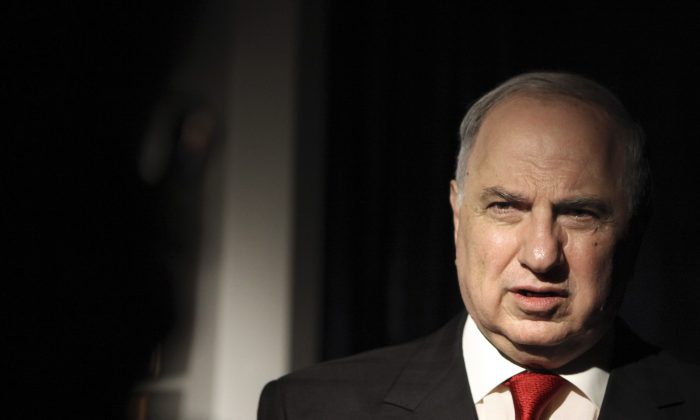 FILE - In this Wednesday, May 5, 2010 file photo, Ahmad Chalabi, the head of the Accountability and Justice Committee speaks during an interview with The Associated Press in Baghdad. Iraqi state TV says Chalabi, a prominent politician who strongly advocated the 2003 U.S.-led invasion to overthrow Saddam Hussein, has died of a heart attack at the age of 70.(AP Photo/Karim Kadim, File)
Middle East

The report said he died in Baghdad but did not provide further details. He was 71.

Chalabi, a secular Shiite politician who lived in exile for decades, was a leading proponent of the invasion and had close ties to many in the Bush administration, who viewed him as a favorite to lead Iraq.

However, he had a falling out with the Pentagon after the invasion, and was largely sidelined by other Iraqi leaders, many with close ties to neighboring Iran. Chalabi had been serving as the chairman of parliament’s finance committee, and was previously a deputy prime minister.

The first deputy speaker of parliament, Sheik Humam Hamoudi, lamented Chalabi’s death as a “big loss” for Iraq, calling him “an example of perseverance and dedication.”

“Our national and political arena has lost a prominent figure who dedicated his life to serve the country,” he added in a statement.

“It is a very bad day for Iraq,” Shiite lawmaker Muwaffak al-Rubaie, a former national security adviser, told The Associated Press. “He was one of the most seasoned and pioneering politicians. Chalabi worked for a democratic, liberal Iraq… I am glad he died peacefully.”

The scion of a wealthy Baghdad family, Chalabi fled Iraq as a teenager when the monarchy was overthrown. He earned a bachelor’s degree from the Massachusetts Institute of Technology in 1965, and then went on to get a PhD in mathematics at the University of Chicago.

He became a leading figure in Iraq’s exiled opposition in the 1990s and cultivated close ties with the future Vice President Dick Cheney and Washington’s so-called neo-conservatives, who favored a more muscular U.S. policy in the Middle East.

After the Sept. 11 attacks, Chalabi played a key role in convincing the administration that the Iraqi government had weapons of mass destruction and ties to al-Qaida, unfounded claims at the heart of the case for war.

After the invasion, Chalabi was appointed to the 25-member Iraqi governing council and earned a seat directly behind First Lady Laura Bush during the 2004 State of the Union.

He went on to chair Iraq’s de-Baathification Committee, which worked to purge the government of Saddam loyalists but was seen by the country’s Sunni minority as a means of sectarian score-settling by the newly empowered Shiite majority.

Chalabi’s relationship with the U.S. soured in the months after the invasion, and in 2004 U.S. forces raided his home based on suspicions that he was funneling intelligence to Iran.

In 2010, U.S. Ambassador to Iraq Chris Hill said Chalabi was “under the influence of Iran,” and “a gentleman who has been challenged over the years to be seen as a straightforward individual.”

Chalabi strongly denied the allegations, dismissing them as politically motivated.

Top US Military Officer Arrives for Talks in Iraq

In 1992, a Jordanian court tried and convicted Chalabi in absentia for bank fraud in connection with the collapse of a Petra Bank, an institution he established in the late 1980s with the help of members of the Jordanian royal family. After quickly becoming one of the country’s leading banks, it collapsed in 1990 with millions missing in deposits. He fled the country days after Jordanian authorities took control of the bank.

An audit commissioned by Jordan months later found Petra Bank had overstated its assets by more than $300 million.

Chalabi was sentenced to 22 years of hard labor in prison and ordered to pay back $230 million of the bank’s funds the court said he embezzled, a sentence he never served.

He repeatedly denied the charges, and filed a suit in the U.S. against the Jordanian government, claiming the ruling was politically motivated. King Abdullah II of Jordan eventually pardoned Chalabi after he assumed the post of deputy prime minister of Iraq.

In recent years, Chalabi focused his efforts on budget talks and working to expose fraud within the government. He also lent support to the 2011 uprising in Bahrain led by that country’s Shiite majority against its Sunni monarchy.

His Baghdad home was a testament to one of his passions — art collecting — with paintings lining the hallways and exotic sculptures decorating each room. As recently as a month ago, he regularly attended events at the Baghdad National Theatre and other music and art venues.

He is survived by his wife Leila Osseiran, the daughter of the prominent Lebanese politician Adil Osseiran, and their four children, including Tamara Chalabi, a well-known author.