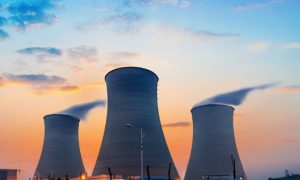 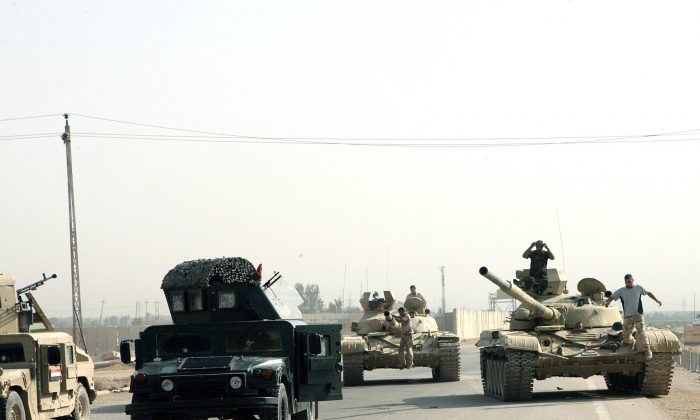 BAGHDAD—Iraqi soldiers backed by Sunni fighters launched a major operation Saturday to retake a section of the city of Ramadi seized by Islamic State group militants, an official and residents said.

The fighting focused on Ramadi’s eastern Sijariya neighborhood, which the extremist group said it captured Friday. An official with the Anbar provincial council described intense fighting there Saturday morning that included both sides firing mortars. He spoke on condition of anonymity because he was not authorized to brief journalists.

Eyewitnesses there, speaking on condition of anonymity for fear of reprisals, corroborated his account.

Meanwhile, local residents in the town of Hit, in Anbar, said civilians were killed by an airstrike on a house. The strike, which eyewitnesses said took place just after noon prayers on Saturday, allegedly killed a family of four, including two children. It was not immediately clear which country was behind the strike.

The Islamic State group has been trying to seize Ramadi, the capital of Anbar province, for months now. Sunni militants, including the group’s fighters, seized parts of it last January.

The Anbar official also said Islamic State fighters lined up and shot several men Friday from the al-Bu Fahd tribe, which is taking part in the fight against the militant group.

Islamic State group fighters have killed more than 200 men, women and children from Anbar’s Sunni Al Bu Nimr tribe in recent weeks, apparently in revenge for the tribe’s siding with Iraqi security forces and, in the past, with U.S. forces.

Earlier this month, an American advisory mission visited Anbar’s al-Asad air base, searching for potential training locations for fighters battling the Islamic State group, which holds a third of both Iraq and Syria. The move is part of a U.S. plan to train Iraqi forces and Sunni tribesmen, reminiscent of the Sunni Awakening movement that confronted al-Qaida in Iraq starting in 2006. The U.S. launched airstrikes in Iraq on Aug. 8, and a number of countries have since joined in an effort to reinforce Iraqi and Kurdish ground forces fighting the Islamic State group. The U.S. is also part of a coalition of Arab allies that launched strikes in Syria.

Meanwhile Saturday, police said two bombings around Baghdad killed eight people and wounded 21. Hospital officials confirmed the casualties. The officials spoke on condition of anonymity because they were not authorized to talk to journalists.

From The Associated Press. AP writer Vivian Salama contributed to this report.