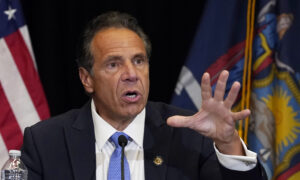 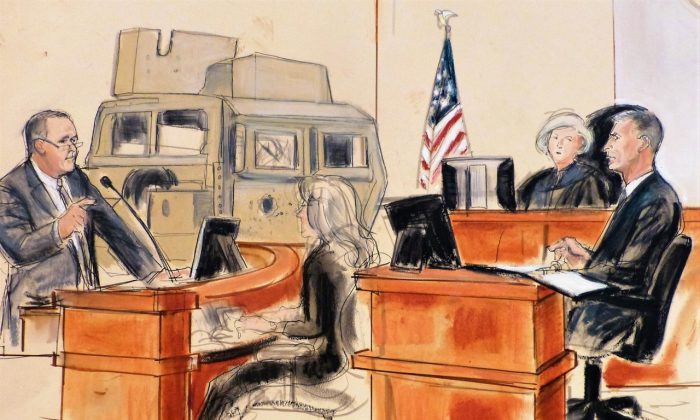 WASHINGTON—The U.S. District Court heard arguments during the week of Dec. 3 from Iraq War veterans and their families charging Iran with supplying “Explosively Formed Penetrators” (EFPs) to Iraqi insurgents and terrorists to target U.S. forces in the country from 2004 to 2011, during and after the Iraq War.

At a press conference at the National Press Club on Dec. 7, Osen, along with Operation Iraqi Freedom veteran and EFP victim Robert Bartlett and Tricia English, widow of U.S. Army Captain Sean English, an EFP fatality, described the sophisticated EFP technology while speaking at a dais in front of a model of the device.

The model was built by “bomb techs who’ve got degrees from Georgia Tech…It took them two months. You can imagine that a product of the slums of Sadr City [Iraq] cannot go around the neighborhood and find the parts and components to put this together,” said Osen.

That point, along with a mountain of evidence demonstrating tradecraft and tactics traced to Lebanese Hezbollah, an Iran-sponsored terrorist group, is at the heart of the case, arguing that the EFPs’ complexity proves its origin from Iran’s international terrorist activities.

“These weapons have been showing up in Yemen and Syria in the last two years, so the technology is being exported and migrating to other battle spaces in the Middle East, where other Iranian proxies are present,” Osen observed.

Further attesting to the EFP’s sophistication and lethality at the press conference was Dr. Shean Phelps, a former Green Beret combat medic and Special Forces flight surgeon, who said the EFP pierces “anything known to man” and turns the inside of a target, like a Humvee “into a blender.”

Osen expects a verdict in the summer, but he and the other press conference participants didn’t emphasize any financial remuneration that might emerge from it. Osen pointed out that the United States has yet to respond to or hold anyone accountable for these attacks in Iraq.

For English, Iran’s terrorist activities don’t “happen on their own. And so I think we need to take a look at who and where the assistance to orchestrate such a very fine-tuned organization of absolute terror is coming from.”

Osen also explained that, despite various forms of international sanctions against Iran, last week’s trial had shown it had obtained electronic components for the EPFs from China and “occasionally, they also bought very sophisticated modules from companies in the United States through front companies.”

Noting that with the U.S. withdrawal from the Iran nuclear deal, sanctions have been tightened against Iran by the Trump administration, Osen didn’t necessarily see them as restricting Iran’s proliferation of EFP’s or other terrorist activity.

“These are Hezbollah-designed weapons…Iran uses Hezbollah as the tip of the spear in places like Syria and Yemen, and yet despite that, we continue to pledge military and financial aid to Lebanon at a time when it is effectively controlled by Hezbollah.”

Osen said one of the trial’s witnesses called Hezbollah “the most sophisticated transnational terrorist organization in the world,” and if sanctions ignore them, “it’s hard to imagine we’re going to be very effective in the long term.”