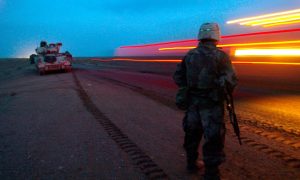 Iraq has never been quite a peaceful land. Ever since the city-states brawling with each other 5,000 years ago, there was always a power vying for the fertile grounds. And if it weren’t the riches of the soil, it was the strategic position of the land or, in the modern times, the oil lying underneath.

These pictures peek into the daily life of Iraq, mostly Baghdad, between 1940s and 1980s. The country was struck with political turmoil every couple of years, but at least it was not at war. Well, mostly. In 1980, shortly after Saddam Hussein became the president, Iraq invaded Iran and began a war to last the next eight years.

Up until that point though Iraqis experienced a period of relative peace and prosperity-thanks to the oil exports-recovering from the World War II and shedding the British rule.

Baghdad was built in the 8th century at caliph Al-Mansur’s instance. It was known as the Round City, as it had circular layout (12 miles in diameter). It was build about 50 miles north of where the ancient city of Babylon used to lie. After Teheran, it is the largest city in the Western Asia with well over 7 million residents. The country as a whole has population of some 36 million.