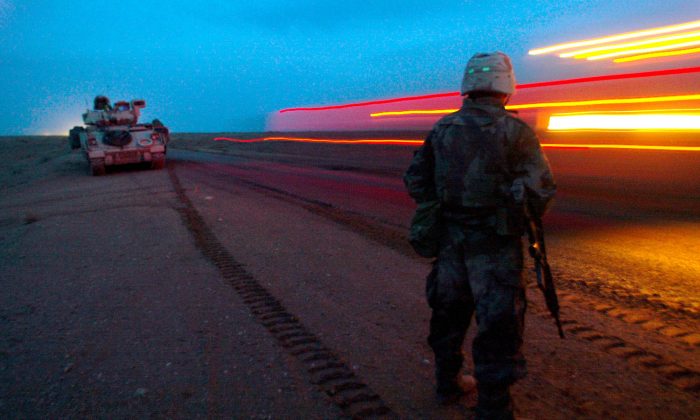 A soldier from the U.S. Army A Company 3rd Battalion 7th Infantry Regiment watches the blur of a convoy of 3rd Infantry Division forces as it passes by, pushing deeper into Iraq from the south Saturday, March 22, 2003. (AP Photo/John Moore)
Middle East

Iraq in Hindsight: Check Out These Incredible Pictures of the War-Stricken Land

Check out this series of stunning photography the brave souls at the Associated Press captured in Iraq during the war, from 2003 to 2011.

Two Pulitzer prize winners are included. The Associated Press won a Pulitzer prize in breaking news photography for its 2004 series of pictures of bloody combat in Iraq. The photos were taken by 11 different photographers.