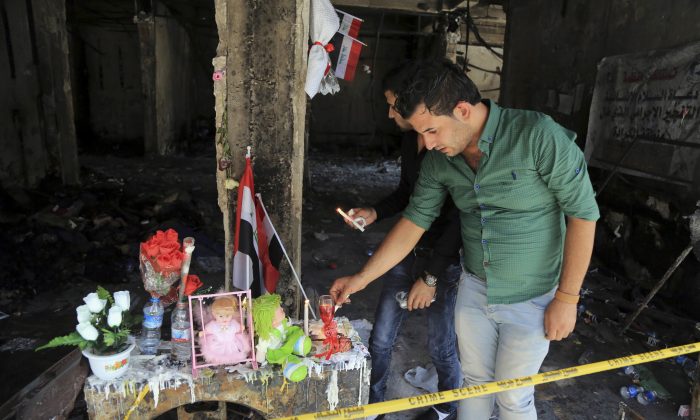 BAGHDAD—Iraqi hospital and police officials say the death toll from Baghdad’s horrific bombing five days ago is still rising as more human remains are recovered from the blast site.

The officials said on Thursday that the number of dead from Sunday’s attack now stands at 186, with around 20 people still missing. The officials spoke on condition of anonymity as they are not authorized to talk to the media.

However, Ahmad Roudaini, from the Health Ministry’s media office, says the ministry’s death toll is 263.

The discrepancies in the numbers could not immediately be reconciled.

Many of those killed have had to be identified with DNA-testing because their bodies were burned beyond recognition.

Sunday’s bombing in central Baghdad was the deadliest attack in Iraq since the 2003 U.S.-led invasion.