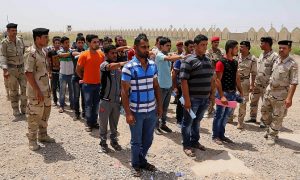 The mid-June penetration of northwestern Iraq by the extreme Islamist movement ISIS has prompted major concerns about the world’s oil supply and energy security.

The group’s incursion threatens Iraq’s sovereignty and unity. Identified root causes have typically included the sectarianism of the pro-Shia majority government of Nouri al-Maliki, Prime Minister since May 2006.

Illustrating oil-related impacts, ISIS fighters are reported by Al Jazeera in the past week as having “seized control of Syria’s largest oil field on the Iraqi border, forcing the withdrawal of rival fighters”. A few days earlier, ISIS claimed control of Iraq’s largest oil refinery in Baiji though this claim was in dispute.

Reflecting this crisis, oil prices (Brent index) have reached their highest levels since September 2013 at US$116 a barrel, but have not increased further in recent weeks. Much more substantial increases might follow future incursions, albeit unlikely, into Shia and Kurdish regions. There are also implications for OPEC.

Who Controls Oil Reserves and Production?

According to BP statistics, Iraq holds as much as 9% of the world’s conventional oil, having proven reserves of 150 billion barrels. Of this:

Large reserves of oil and gas may also lie in the western desert region. Similarly, most production of crude oil in Iraq is from these Shia- and Kurdish-held regions. Thus, oil is one source of contention between the Shia-dominated regime as opposed to the Sunni and Kurdish minorities.

The Shia-held oil production facilities are not immediately threatened by the ISIS incursion. For its part, the Kurdish minority has taken the opportunity to consolidate its hold over oil facilities in its own region.

On the Trail of Middle Eastern Oil Money

More broadly, the Middle East holds 48% of the world’s proven reserves of conventional crude oil, and in 2013 produced 33% of annual global production. At the high prices of the past decade, this translates into immensely large net revenues.

For example, in Iraq the estimated extraction cost of oil is only about US$2 per barrel, while current and projected oil prices are upwards of US$100 per barrel.

One key connection between regional security and this oil wealth lies in the uses to which these vast resource rents can be put. This is well illustrated by Saudi Arabia.

First, a sufficient world oil price, and hence large revenues, are required for the Saudi autocratic state to maintain domestic stability. A second call on Saudi oil revenues stems from its fears about the Sunni Islamist Muslim Brotherhood ─ supported and funded in large part by Qatar, the largest gas exporter in the Middle East.

This Saudi fear is currently leading the country to transfer as much as US$20 billion annually to the Egyptian military regime.

Third, and despite its fear of the Brotherhood, Saudi Arabia has also channelled oil revenues to other Sunni Islamist forces fighting in Syria, including groups akin to ISIS. Fourth is the long-standing high level of Saudi arms spending.

Alternative Paths for the US and Faint Signs of Hope

The United States faces two broad options in Iraq and elsewhere. The entrenched one is based on its self-designated role as the dominant world power.

US influence in Iraq dates back to CIA-sponsored coups in 1963 and 1968 during the Cold War period, which favoured the Sunni Ba’athist party of Saddam Hussein. Under President George W. Bush, the strategy of global dominance and imposed neo-liberal economic agenda underpinned the 2003 US invasion of Iraq.

Iraq’s planned transformation to a client state of the US was viewed as a stepping stone to “transforming” the oil-rich Middle East along similar lines. In the event, Iraq has tenaciously held on to control of its national oil companies while auctioning exploration and extraction rights to a wide range of international companies.

The perceived failure of its 2003 invasion-occupation, including its role in exacerbating Islamist terrorism, has lent credibility to an alternative US policy that acknowledges limits in a world of increasingly distributed power. Such an alternative proposes more considered links with other states in stabilising regions such as the oil-rich Middle East. Such cooperation is evident among the P5+1 coalition (US, Russia, France, Germany, China and the UK) in ongoing negotiations with Iran pressing its nuclear disarmament.

It is a questionable assumption that stabilising a unified Iraq is a clear-cut US objective. Similarly unclear is whether, in confronting the current crisis in Iraq, US President Barack Obama is gravitating to the second, more cooperative approach involving key regional states.

In the case of the ISIS incursion these “concerned” regional states include Turkey, Saudi Arabia and Iran. They have interests, shared with the US or not, in a stable Iraq, if not a unified one. This also holds true for a range of states like China, which have energy-security and investment interests in Iraqi oil.

It is clear that the US must recognise that any cooperation with regional states will be constrained by their own perceived vital security objectives.

The False Promise of US Non-Conventional Petroleum

Some in the US dream that recently expanded US resources of “non-conventional petroleum” (notably shale gas and ‘tight oil’) will end the power of OPEC and offer a return to the era of the US as sole global superpower that is “beyond challenge“.

But given the vast oil-based resource rents provided by low extraction costs in the Middle East, any such return through this mechanism seems unlikely. The potential rents per barrel from high cost US “tight oil” are much lower, and depend critically on continued high oil prices.

Fed by oil revenues and by continued political conflict, it is unlikely that the oil-rich Middle East will recede in its significance for global security and economic prosperity.

Barry Naughten does not work for, consult to, own shares in or receive funding from any company or organisation that would benefit from this article, and has no relevant affiliations. This article was originally published on The Conversation. Read the original article.