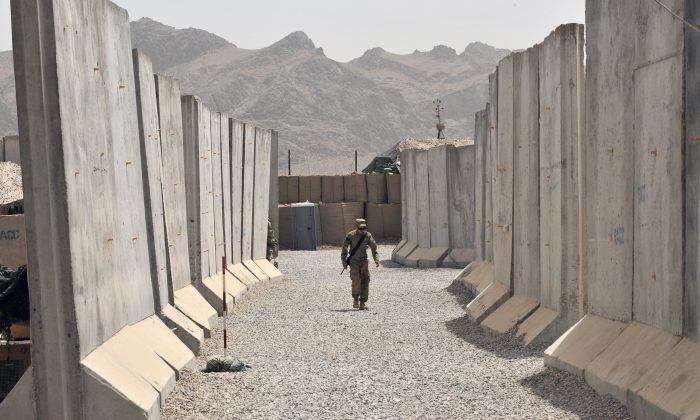 BAGHDAD—Iraq said Wednesday it has begun building a wall and a trench around Baghdad in a bid to prevent militant attacks and reduce the large number of checkpoints inside the city.

The Interior Ministry’s spokesman, police Brig. Gen. Saad Maan, told The Associated Press that work began this week on a 100-kilometer (65-mile) stretch of the wall and trench on the northern and northwestern approaches of the capital.

The wall will be three meters (10 feet) high and partially made up of concrete barriers already in use across much of the capital, he said. He declined to specify the measurements of the trench.

The Islamic State (ISIS) and its predecessors have been blamed for most of these attacks, which occasionally include high-profile, multiple bombings claiming dozens of lives.

Top US General in Iraq Warns Mosul Dam Could Collapse

On Wednesday, roadside bombings in various parts of the city and a drive-by shooting killed eight people and wounded 28—a grimly routine toll for the capital.

Last month, according to U.N. figures, 490 civilians were killed and 1,157 were wounded in Iraq—figures that include the federal police, civil defense forces and personal security details. Baghdad was the worst affected, with 299 civilians killed and 785 wounded.

Baghdad has at times resembled a labyrinth of blast walls, which first began appearing after the 2003 invasion and remain outside government offices, banks, police stations, schools, hospitals and university campuses.

The prime minister’s office, his Cabinet offices, western embassies and U.N. agencies are located in the “Green Zone,” a heavily protected and walled-off swath of land on the west bank of the Tigris.

Many of the city’s neighborhoods are also walled off, dissecting the capital and standing as a grim reminder of the Sunni-Shiite violence that almost plunged Iraq into civil war in 2006 and 2007.

Maan said the Baghdad wall and trench will be built by the military’s Engineering Corps about 30 kilometers (20 miles) from the city center and will reduce the number of checkpoints inside the city by 50 percent in six months.

Reducing the number of checkpoints would free up thousands of troops and police for combat duties and ease the city’s horrendous traffic.