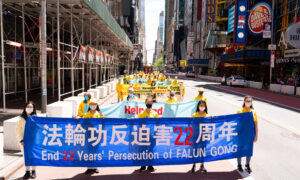 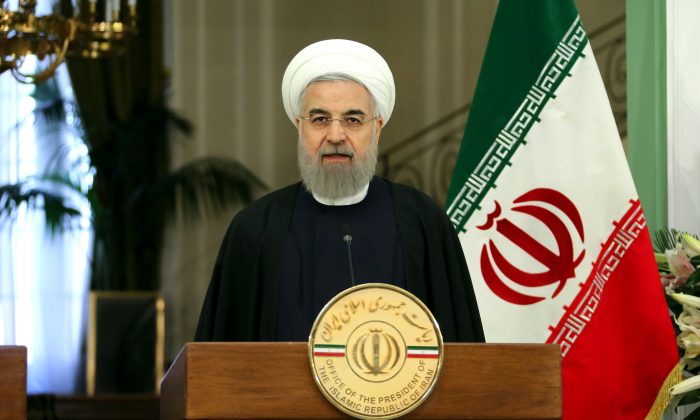 Iran’s Rouhani May Now Control Parliament, but Do His Economic Reforms Stand a Chance?

Iranian President Hassan Rouhani and his policies are set to get a boost after voters recently elected a parliament that favors reform.

While Rouhani’s reformists didn’t win a majority of seats, it appears likely that the “moderate” independents also elected will side with his faction, giving the reformists an effective majority in the parliament for the first time since 2004.

So now that Rouhani may finally have the backing of parliament, will he be able to pursue the economic and social reforms he has promised since first taking office in 2013? And does this mean the nuclear deal that he helped champion will lead to an Iran that’s more open to foreign businesses and the West?

While a parliamentary majority helps—along with his general popularity—other power centers have enormous influence over economic policy, constraining Rouhani’s ability to implement reforms.

While a parliamentary majority helps—along with his general popularity—other power centers have enormous influence over economic policy, constraining Rouhani’s ability to implement reforms. These powerful institutions, such as the judiciary and the Revolutionary Guards, remain under the strong influence of Iran’s Supreme Leader Ayatollah Ali Khamenei, who also enjoys veto power over all executive and parliamentary decisions.

To reach these conclusions, I’ve drawn upon more than two decades of research on political and economic conditions in Iran.

While Iran does not tolerate any formal political parties, the elite of the Islamic regime regularly create factions, which compete for influence and power in a manner that on many fronts resembles what happens in other countries.

During the recent parliamentary elections, two main factions competed against each other: the reformists, who are close to President Rouhani, and the principalists, who are affiliated with the supreme leader and the conservative clerics who support him. These two groups are divided into smaller factions that sometimes don’t see eye to eye but generally stick together.

Iranian Government Accuses Kim Kardashian of Being a Secret Agent

Iranian Commander Threatens to Close Strait of Hormuz to US

All the candidates who ran in the 2016 parliamentary elections self-identified as belonging to one of these political factions or as independents. After the second round of elections—required because the first round didn’t produce clear winners in 68 seats—the results show that neither faction won an outright majority on its own. The reformists won 119 seats (41 percent), the principalists got 81 (28 percent), and the independents won 83 (29 percent). Five seats are reserved for religious minorities.

With neither side in full control, that meant both factions have been jockeying ever since to attract the unaffiliated independents to their side and coalesce around a speaker.

A review of the political orientation of the independent members of parliament reveals that some of them have self-identified as “moderates,” and the reformist camp believes that it can count on their support in parliamentary votes. If this prediction materializes, the reformist camp will control 174 seats, giving it a 60 percent majority.

Based on this calculation, the next parliament, which begins its term on May 28, is expected to be more supportive of President Rouhani’s economic and social policies.

This is a positive development for Rouhani, who inherited a near bankrupt economy from former President Mahmoud Ahmadinejad.

Up until now, his only success has been getting sanctions lifted—in exchange for signing the nuclear agreement—and a significant reduction in the annual inflation rate.

He has failed to revitalize the economy, however, despite the limited sanctions relief that Iran has received since June 2014. Unemployment and poverty remain at record high levels, and nearly a fifth of industrial capacity remains idle.

Now things are very different as Rouhani is likely to have the support of parliament in implementing the reforms he believes would ease Iran’s economic challenges, such as the shortage of investment and high unemployment rate. That support, while necessary, is not sufficient.

Three other centers of power in the Islamic regime can block or interfere with his policies at any time, even after parliamentary approval: the Guardian Council, the Islamic Revolutionary Guards Corp (IRGC), and the judiciary.

The 12-member Guardian Council, which is in charge of vetting the political candidates and making sure all laws and regulations are compatible with the Constitution, can veto any parliamentary decision if it perceives it as unconstitutional. While the Guardian Council is supposed to remain independent and impartial to political factions, the reformists have repeatedly accused it of being biased against them.

The second check on Rouhani’s power is the Revolutionary Guards, which acquired a lot of economic assets during Ahmadinejad’s presidency, such as the Iranian Telecommunications Company. The Revolutionary Guards are likely to resist any economic reforms that might reduce their role in the economy. They are also sensitive to foreign investment in strategic economic sectors, which, from their perspective, might pose a threat to national security.

Lastly, the judiciary is firmly under the control of the supreme leader and his hardline supporters and can render an economic policy ineffective by refusing to enforce a regulation, as it has done in the past.

Overall, the behavior of the judiciary, the Guardian Council, and the Revolutionary Guards toward Rouhani’s economic reforms will depend largely on the attitude of the supreme leader. If Rouhani can gain Khamenei’s support for an initiative, these institutions will fall in line.

In addition to these institutional threats, there are several other key factors that will have a strong influence on Iran’s economic performance in the coming years yet are partially or fully beyond the control of the president and parliament.

First and foremost, the supreme leader has almost total control over the direction of foreign policy. The ability of the president to influence how Iran interacts with the outside world remains at his sole discretion. For example, it was only with his blessing that Iran signed the nuclear agreement in June 2015.

The supreme leader has made it clear, however, that there will be no significant change to other key components of foreign policy. For example, Iran will remain committed to the Lebanese Hezbollah group and the Assad regime in Syria.

Despite Rouhani’s desire to engage with the international community, there will also be no change to Iran’s anti-Israeli stance and expansion of its long-range missile program, both of which will remain sources of tension with the West, particularly the United States.

And that will make it harder for Rouhani to revive Iran’s economy. While the nuclear sanctions have been lifted, other ones remain in effect. And Iran’s banks are unable to engage in some types of dollar-based transactions, even as their access to the global banking system has been partially restored. As such, many foreign companies are reluctant to do business with Iran.

Even if Iran adopts sound economic policies and removes all the domestic obstacles to growth, these foreign policy tensions will continue to take a toll on the economy. Rouhani has little power to readjust this in favor of growth.

The second factor limiting Rouhani is the large amount of economic assets that belong to the Islamic Revolutionary Guards, the Basij militia forces, and former members of these organizations.

The economic activities of these groups expanded sharply during the sanctions era as they assisted and sometimes took over private or state-owned companies near bankruptcy, such as the Iran Telecommunications Company, in which the IRGC acquired a 50 percent stake. In addition, these military-economic conglomerates created many non-bank financial institutions when Ahmadinejad was in power. Rouhani has tried to bring these companies under the central bank’s regulatory control but so far has been unsuccessful.

It is unlikely that even with the support of parliament he will be able to convince the IRGC and Basij to transfer their assets to the private sector or to the executive branch and reduce their engagement in the economy.

The two groups also maintain significant influence over Iran’s import and export companies, which means controlling foreign trade and preventing illegal smuggling will be major challenges for Rouhani without their cooperation.

In this area, parliamentary support can lead to partial success by reforming the trade regulations and empowering the government to fight corruption in the customs office. But some well-connected establishments will remain beyond Rouhani’s reach.

Another tool at the disposal of hard-liners who wish to limit some aspects of Rouhani’s reforms is the supreme leader’s “resistance economy” initiative, which is intended to reduce Iran’s vulnerability to hostile actions by foreign adversaries.

Ayatollah Khamenei introduced this package of guidelines in February 2014 in response to severe economic sanctions. It calls for strengthening the industrial sector and making the economy less dependent on foreign suppliers.

Despite the lifting of sanctions, the supreme leader and his supporters have kept the resistance economy initiative alive. And because it is a supreme leader decree, the guidelines are essentially immune from criticism. As such, each side argues its policies are in line with them and the other’s aren’t.

The resistance economy has already been used to oppose Rouhani’s recent trade and investment negotiations with Western and Asian countries. His opponents argue that the government should be cautious in opening up the economy to foreign investment because Iran’s resistance economy must remain self-sufficient. That’s also the reasoning the leaders of the Revolutionary Guards and the Basij use to remain involved, claiming it’s their duty under the resistance economy guidelines.

So even when Rouhani manages to gain parliamentary support for an economic policy, it can still be stopped or manipulated by any number of obstacles, from the supreme leader or judiciary to the military/security organizations that are now more empowered to interfere in economic affairs under the banner of “resistance.”

Since the president has very limited powers in Iran’s political system, if Rouhani wants to be effective in economic management, he may have no other option but to focus on policies that are compatible with Iran’s radical foreign policy and are acceptable to the supreme leader. This means, for example, that if the supreme leader prefers closer economic ties with Russia and China rather than the West, Rouhani will have to abandon his current strategy of enhanced economic engagement with the United States and Europe—or find a compromise, such as making Europe and Asia Iran’s primary trade partners.

For international investors eyeing Iran, the overwhelming influence of the supreme leader and security forces in economic affairs must also be taken into account. As such, investment projects that enjoy the approval of both Rouhani and the supreme leader have a better chance of success than those without Khamenei’s and the Revolutionary Guards’ seal of approval.

Still, as a popular president with the backing of parliament, Rouhani will have more leverage than he has had in the past. And that should give him some room to negotiate with the supreme leader to obtain support for some of his preferred policies.

Nader Habibi is a professor of the economics of the Middle East at the Crown Center for Middle East Studies, Brandeis University. This article was originally published on The Conversation.