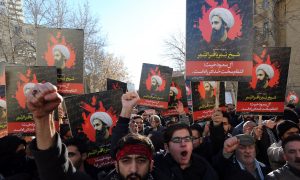 After Years of Proxy War, Saudi Arabia and Iran Are Finally Squaring Up in the Open
0 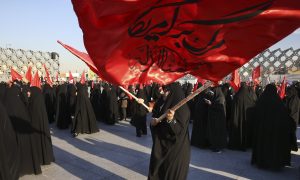 Allies Follow Saudis in Cutting Ties With Iran Amid Tensions
0 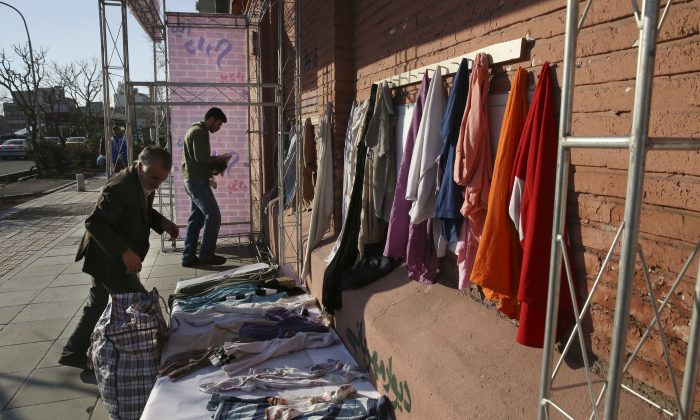 In this Thursday, Jan. 7, 2016 photo, Iranian men hang clothes on an outdoor charity wall in downtown Tehran, Iran. As a brutal winter set in across Iran, anonymous philanthropists throughout the country painted Walls of Kindness and installed rows of hooks, inviting passers-by to leave warm clothes if they could spare them or take clothes if they need them. (AP Photo/Vahid Salemi)
Middle East

Iran’s Needy Get Winter Clothes From ‘Walls of Kindness’

TEHRAN, Iran—As a brutal winter set in across Iran, anonymous philanthropists throughout the country painted “Walls of Kindness” and installed rows of hooks, inviting passers-by to leave warm clothes if they could spare them or take clothes if they need them.

The unique variation on the take-a-penny, leave-a-penny jar provides winter clothes to the homeless while sparing them the shame that can come from having to beg for help. Pictures of the brightly painted walls have been circulated on social media, helping to spread the initiative.

This signifies compassion toward one another.
— Mehrangiz Tavassoli, Tehran resident

Dozens of walls have popped up across Iran, and at least one philanthropist has taken things a step further, setting up a refrigerator outdoors and inviting people to leave or take food.

“This signifies compassion toward one another,” Mehrangiz Tavassoli said after hanging a wool sweater on a wall in central Tehran. “In the past, I did not know what to do with donations. Now, those who need can take what they want.”

Tehran has a homeless population of around 15,000 people, a third of them women, according to government figures. Winters can be brutally cold, with snowstorms sweeping in from the surrounding mountains. This year has been particularly icy, with temperatures frequently dropping to below freezing.

“The Wall of Kindness is a beautiful gesture,” Saghar Maliani said as she left a long women’s coat. “It keeps those who are in need from begging at the doors of homes. This way, their reputation is not harmed.”

Mohammad Javad Lakzaie, a university student, said many Iranians have suffered from the international sanctions imposed on Tehran over its nuclear program, which are set to be lifted soon under a landmark agreement with world powers reached last year.

“Some people have very low salaries and cannot make ends meet,” he said as he left a shirt on the wall. “There are also some students who are not relying on anyone financially and are really in need, but at the same time do not feel comfortable asking others for help because they think their dignity will be ruined.”

In a wealthy neighborhood in northern Tehran, residents have left out coats, trousers, socks, sweaters, hats, and even bags. Downtown, near a park frequented by homeless people and drug addicts, someone set up a refrigerator and a kiosk filled with blankets, shoes, and books.