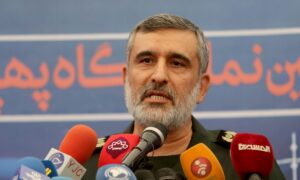 Iran Planned to Hit 400 Targets If US Had Attacked in January, General Says
0 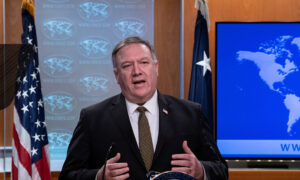 US Will Not Let Iran Purchase Arms After UN Embargo Expires: Pompeo
0 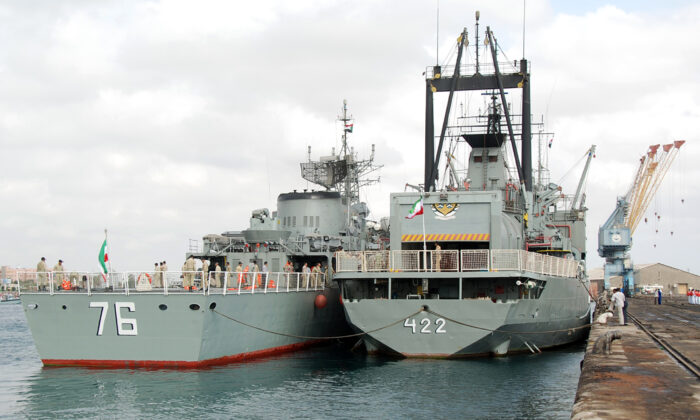 An Iranian warship accidentally fired a missile at a nearby Iranian vessel during a naval exercise in the Gulf of Oman on May 10, killing at least 19 sailors and injuring 15 others, the Iranian navy said in a statement.

Iran’s semi-official Fars news agency reported on May 11 that the Iranian frigate Jamaran—which is operated by the Islamic Revolutionary Guard Corps (IRGC)—accidentally fired a new anti-ship missile that struck the Konarak, a logistical ship, during a live-fire exercise.

The Konarak is a domestically made support ship that joined the naval fleet in 2018.

The missile from Jamaran was fired before the Konarak had moved far enough out of range, according to the news agency.

Videos published on social media appear to show wounded sailors being moved from the vessel and transferred to ambulances. The Epoch Times hasn’t been able to verify the content of the videos.

“The incident took place in the perimeter of Iran’s southern Jask port on the Gulf of Oman during Iranian Navy drills on Sunday,” Iranian state TV confirmed, quoting the Iranian navy.

The 15 injured are hospitalized in “good condition,” according to the ISNA news agency.

The Gulf of Oman is a particularly sensitive waterway, connecting to the Strait of Hormuz, through which about a fifth of the world’s oil passes from the Persian Gulf.

US Warns Iran Not to Harass Ships

The U.S. Navy said the “dangerous and provocative actions” from the IRGCN increased the risk of miscalculation and collision and “were not in accordance with the internationally recognized Convention on the International Regulations for Preventing Collisions at Sea.”

They were “not in accordance with the obligation under international law to act with due regard for the safety of other vessels in the area,” the statement said. While Iran is a signatory of the U.N. Convention on the Law of the Sea, it never ratified the treaty.

In response, President Donald Trump said he instructed the Navy to destroy Iranian gunboats if they harass U.S. ships.