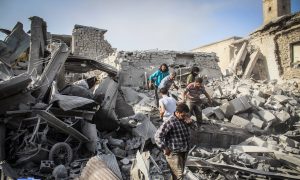 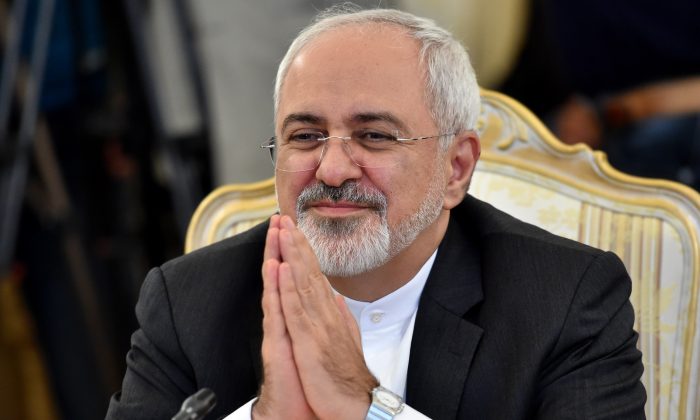 MOSCOW—The foreign ministers of Russia and Iran said after talks in Moscow that their two countries have a united position on Syria, with both diplomats warning against any outside attempt to dictate a resolution to the Syrian civil war.

The nuclear deal reached last month between Iran and world powers has led to a series of diplomatic moves aimed at achieving some sort of breakthrough in Syria.

Russian Foreign Minister Sergey Lavrov met last week with members of the Syrian opposition, while his Iranian counterpart, Mohammad Javad Zarif, was in Damascus to discuss ways of ending the war with Syrian President Bashar Assad.

“Our states hold a common position on regulating the Syrian crisis,” Zarif, speaking through a translator, said at a joint news conference with Lavrov. “The Syrians must themselves decide their fate and their future, and foreign states should only make this easier.”

Moscow and Tehran have both supported Assad in the conflict, which has left more than 250,000 people dead since it began in 2011.

The nuclear deal, which lifts sanctions against Iran in exchange for curbs on its nuclear program, also has raised expectation in Russia for expanded trade with Iran, including in nuclear energy and defense. Zarif and Lavrov said they discussed the construction of new nuclear reactors and other projects.