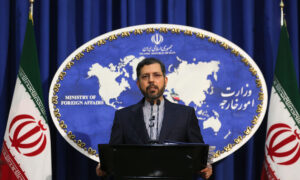 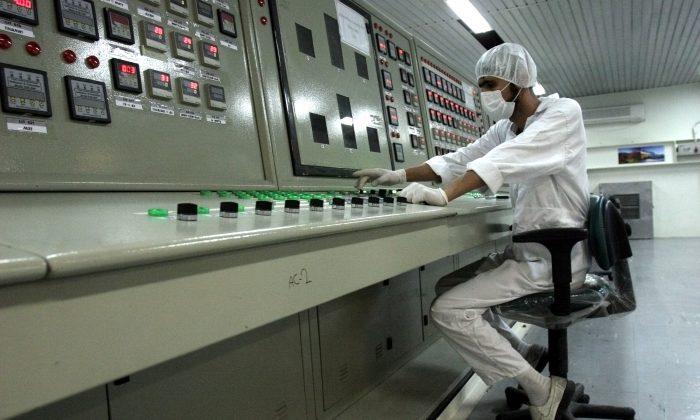 An Iranian technician works at the Uranium Conversion Facility just outside the city of Isfahan, 255 miles (410 kilometers) south of the capital Tehran, Iran, on Feb. 3, 2007. (AP Photo/Vahid Salemi)
Middle East

VIENNA — With significant gaps standing in the way of an Iran nuclear deal, foreign ministers at the seven-nation talks are adding their diplomatic muscle to the negotiations before a June 30 target date for an agreement.

Foreign ministers from the four other nations at the negotiating table — Russia, China, Britain and Germany — are also expected to join in as they try to bridge differences between the sides on the limits Tehran must accept on its nuclear program in exchange for the lifting of economic sanctions.

But with Iran apparently backtracking on key points of the emerging deal, the talks could go past the target date. In a speech on Tuesday, Iran’s supreme leader, Ayatollah Ali Khamenei rejected a long-term freeze on nuclear research and insisted that Iran will only sign a deal if international sanctions are lifted first.

He also repeated that military sites and Iranian nuclear scientists will be off limits to U.N. experts, who would monitor Iranian compliance to any deal while trying to kick-start a moribund probe of suspicions that Tehran worked on atomic arms — allegations Iran denies.

Kerry said Khamenei’s speech was for “domestic political consumption” and that there would not be a deal if Iran reneged on commitments made in an April outline.

Though the official deadline is coming up, a delay up to July 9 is not a deal-breaker. If Congress receives an agreement by then, it has 30 days to review it before President Barack Obama could suspend congressional sanctions.

But postponement beyond that would double the congressional review period to 60 days, giving both Iranian and U.S. opponents more time to work on undermining an agreement.

U.S. House of Representatives speaker John Boehner, a Republican critic of the deal, said even “a little more time” was too much of a concession to the Iranians.

“Giving Iran more flexibility will not lead to a good deal, it will only lead to more concessions for a regime that has no intention of giving up its desire for a nuclear weapon,” he said. “We’re about to get stuck with a bad deal with a bad regime.”