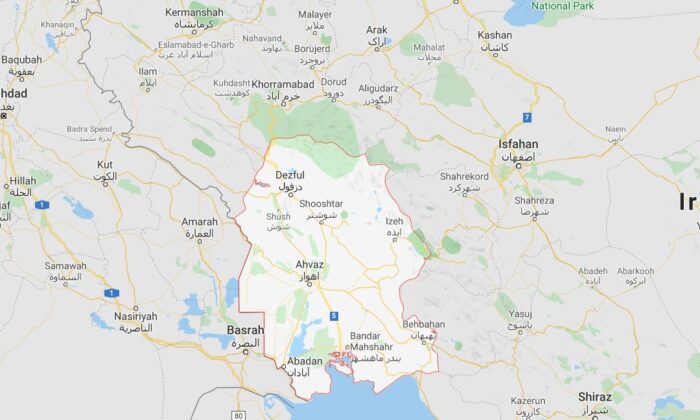 Iranian Commander Shot and Killed in Front of His Own Home: State Media

Iranian Basij forces commander Abdolhossein Mojaddami was shot and killed in front of his home on Wednesday, according to state-run news outlet IRNA.

Two men who were riding on a motorcycle shot and killed Mojaddami, the report said. A spokesperson for the Islamic Revolution Guards Corps (IRGC) in Khuzestan Province, Mohammad Reza Ne’mati, said the unknown assailants fired four shots at him.

No group or individual has claimed responsibility for the killing, which IRNA described as an “assassination.” An earlier variant of the report described the incident as a “terrorist attack.” An investigation is underway.

The Associated Press reported that the two men were armed with a hunting rifle and an assault rifle before ambushing Mojaddami. Some Iranian media said their faces were covered with masks.

The Jerusalem Post noted that the Basij forces, which are under the IRGC, are used to suppress protests in Iran. The killing could suggest that Tehran might be unable to contain growing discontent among the Iranian populace, who have protested en mass in recent months.

Mojaddami’s death comes after another IRGC leader, Quds Force commander Qassem Soleimani, was killed in a U.S. airstrike earlier this month. Mojaddami was described by IRNA as an associate of Soleimani.

Amnesty International said last month that more than 300 people have been killed in the unrest across the country. Iran has not officially announced a death toll.

The UK-based human rights organization said that there were protests in Mojaddami’s home province of Khuzestan.

“One source said that intelligence officials forced managers of a hospital in Khuzestan province to provide them with a list of names of newly admitted patients,” the group wrote.

A new round of protests was initiated several weeks ago after Iranian officials denied and later admitted it was responsible for shooting down a Ukrainian plane that left 176 people dead, many of them Iranian nationals. Those protests drew the attention of President Donald Trump, who called on Tehran to refrain from killing any more protesters.

Iran said this week the plane was downed by mistake by Russian-made TOR missiles. The missiles were launched after Tehran fired a barrage of rockets at two Iraqi bases housing U.S. troops in retaliation for Soleimani’s death.