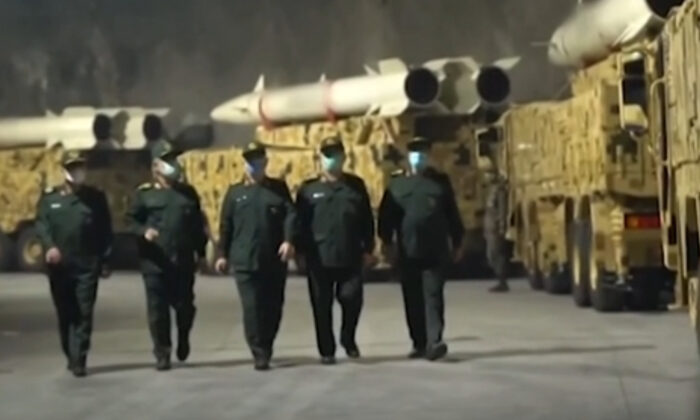 Iranian commanders are reviewing drones. The video was released on 5 March 2022. (AP/Screenshot via The Epoch Times)
Middle East

The report said the bases contained surface-to-surface missiles and armed drones capable of “hiding themselves from enemy radar.”

Gen. Amir Ali Hajizadeh, head of the revolutionary guard aerospace division, said the new drones have such a long range that they could reach any target.

“You name a place and we will hit it,” he said.

Hajizadeh said the launchers were capable of launching 60 drones at once.