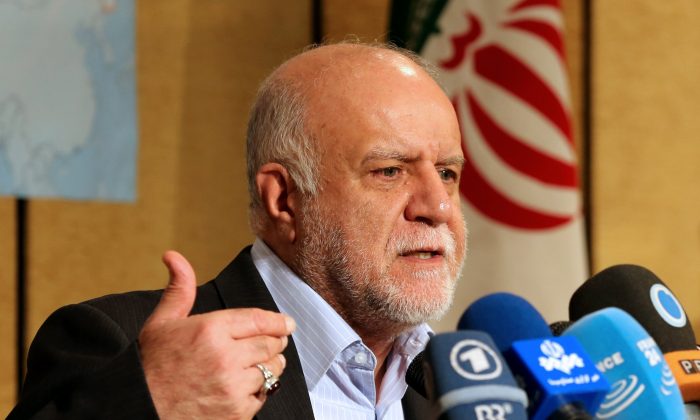 TEHRAN, Iran—Iran said Tuesday it will export an additional 500,000 barrels of oil a day after sanctions are lifted under a landmark nuclear deal in a bid to reclaim its market share despite low prices.

OPEC member Iran currently exports 1.1 million barrels of crude oil per day and hopes to get back to its pre-sanctions level of 2.2 million, last reached in 2012. Iran’s total production now stands at 3.1 million barrels per day.

“Our exports will be doubled within a short period of time after the sanctions are lifted,” Zanganeh said.

“We have no worries about selling the 500,000. God willing it will be realized. And I should not be concerned about price, others should be,” he said, referring to other oil exporters.

Oil prices have plunged by more than half over the last year, to just over $40 a barrel.

“Under no circumstances will Iran concede its market share to others. We don’t seek permission from anyone to use our rights.”

Oil prices have plunged by more than half over the last year, to just over $40 a barrel.

International sanctions on Iran’s oil industry were tightened in 2012 over its controversial nuclear program. Western nations have long suspected Iran of secretly pursuing nuclear weapons, charges denied by Tehran, which insists the program is entirely peaceful.

Under the agreement reached in July with the U.S., Britain, France, Germany, Russia and China, Iran will curb its nuclear activities in exchange for the lifting of sanctions.

Iran has already approved a new model contract for oil and natural gas projects and is to unveil details on the terms of new contracts next month as it seeks to attract much-needed foreign investment.

Iran will host a meeting of the Gas Exporting Countries Forum (GECF) on Saturday, which will include major producers such as Russia, Qatar and Algeria. Iran is the third largest producer after the U.S. and Russia.

Zaganeh said Iran hopes to become a regional gas hub and export to its neighbors. Iran produced 172 billion cubic meters of gas in 2014 and seeks to more than double its production to 365 billion in two years.