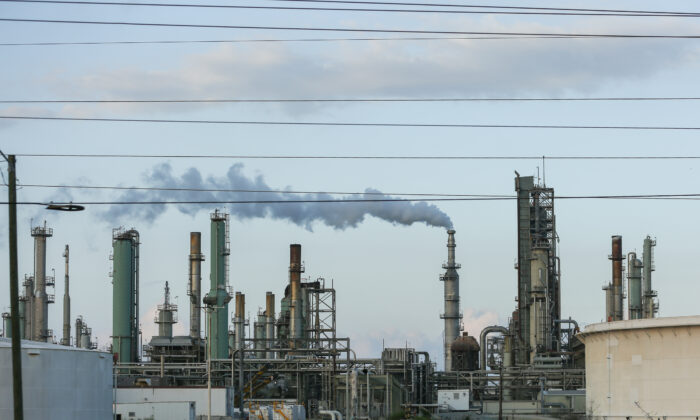 WASHINGTON—Fears of a conflict escalation in the Middle East following the killing of Iranian Gen. Qassem Soleimani in a U.S. airstrike may push oil prices higher in the short term, according to analysts.

A sustained surge in prices is unlikely, they said.

Tensions between Washington and Tehran have escalated at a time when oil supplies have started to tighten.

Members of the Organization of Petroleum Exporting Countries (OPEC) and its allies agreed last month to reduce oil output by an additional 500,000 barrels per day starting this month. Expectations were also rising for oil demand, following the positive news about the “phase one” trade deal between the United States and China.

The escalation of tensions could drive Brent prices above $70 in short order, according to Citigroup.

“The factors in the market pushing oil prices higher are based on the view that Iranian authorities collectively, or the Islamic Revolutionary Guard Corps, independently, could potentially take retaliatory actions that increase the likelihood of supply disruption in the Middle East,” Edward Morse, the global head of commodities research at Citigroup, said in a report.

The scenarios of retaliation by Iran could include attacks on oil facilities in the Gulf area, in Iraq for example, where Western companies are investing in new oil production, Morse said.

Other potential retaliations could be “attacks on pipeline oil flows or shipping through either the Strait of Hormuz or the Red Sea.”

The Strait of Hormuz is the world’s most important oil transit chokepoint, as more than a fifth of the world’s oil supply flows through it. And any disruption, even a temporary one, can lead to substantial supply delays and an increase in energy prices, according to the U.S. Energy Information Administration.

While Morse predicts that fears over Iranian retaliation will continue to put upward pressure on oil prices in the short-term, he says it’s unlikely to cause a long-term concern.

“Despite clear short-term oil market concerns, there could be bearish factors at work later in 2020, with the possibility that Iran and the United States could find common purpose in working out a new agreement,” he wrote.

The killing of Soleimani follows the attacks in September 2019 on major Saudi Arabian oil facilities and a series of attacks targeting oil tankers in the Strait of Hormuz earlier, which have raised geopolitical risks in the region. The United States blamed Iran for the attacks.

Analysts polled by S&P Global Platts say that the disruption in oil markets will be short term, given a global oil supply glut and the lack of a sustained price spike following the September attacks.

On Sept. 14, 2019, Saudi Arabia’s key Abqaiq processing plant and the nearby oil field were attacked, knocking out more than half of the country’s oil output and nearly 5 percent of global supply.

Brent crude oil jumped almost 20 percent following the incident. However, it retreated to pre-attack levels in a few days, after the Saudis assured that production had been restored.

The September incident reveals that the oil market will accommodate a “very near-term geopolitical risk premium,” but won’t continue to do so for months, Katie Bays, co-founder of Washington-based Sandhill Strategy, told S&P Global Platts.

Iran promised vengeance after the U.S. airstrike that killed Soleimani, along with Abu Mahdi al-Muhandis, an Iraqi militia leader and one of Iran’s top lieutenants in Iraq. He has been blamed by the United States for last week’s assault on the U.S. Embassy in Baghdad.

“We believe that an Iranian retaliation is almost certain,” Paul Sheldon, chief geopolitical risk analyst at S&P Global Platts, said in a note.

“The chances of a broader conflict remain below 50 percent, although risks are entering new territory. The initial market reaction indicates Brent is capped at $70 per barrel, without another major incident. The Iranian retaliation could take the form of a quick response by proxies against U.S. allies and assets, but a larger response is likely to be more carefully calculated and indirect in an effort to avoid outright conflict,” he said.