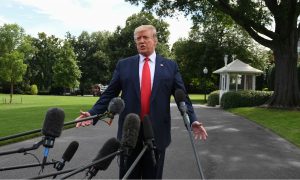 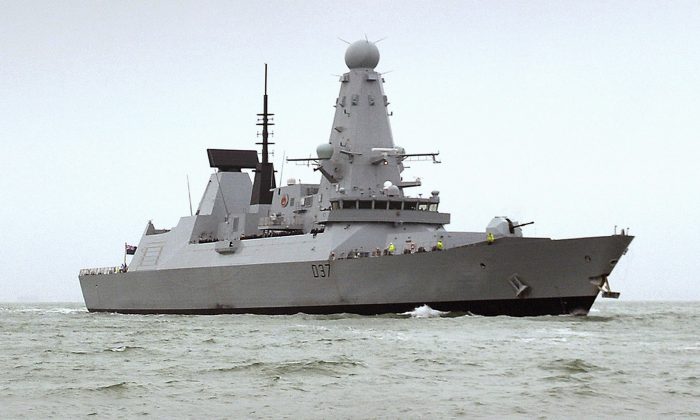 The Islamic Revolutionary Guard Corps has seized a foreign oil tanker because it was smuggling fuel, according to the country’s state television.

Iran’s Press TV said on July 18 that the Guard Corps seized the “foreign vessel,” which was supposedly smuggling one million barrels of fuel. It was seized near Larak Island in the Persian Gulf.

According to Iran’s Fars News agency, the ship had 12 foreign crew members on board and capacity for 2 million liters of fuel.

The Revolutionary Guards said the impounded vessel—which Iranian authorities have not yet named—was the same one it towed after it sent a distress call.

#BDEAKING IRGC has seized a “foreign” oil tanker with 12 crew and 1m liters of “smuggled” fuel south of Larak Island in Persian Gulf. The tanker, which can carry up to 2m liters, was trying to transfer the fuel from Iranian smugglers’ boats to foreign vessels. pic.twitter.com/3yKkVmA69j

“The vessel that Iran towed to its waters after receiving a distress call was later seized with the order from the court as we found out that it was smuggling fuel,” the guards said in a statement quoted by state television.

The Panamanian-flagged oil tanker MT Riah stopped transmitting its location overnight on Sunday near Qeshm Island, which has a Revolutionary Guard base on it, according to data listed on tracking site Maritime Traffic.

State press insisted the guards didn’t seize any other ships in the Gulf.

2)
Iran’s IRGC confirms the tanker was detained on July 14, the same day the MT Riah went missing.
Image: @ELINTNews#UPDATE
US Central Command saying: “We will take firm measures to secure navigation in the Persian Gulf.” pic.twitter.com/irhv7P1wWs

The 58-meter (190-foot) Riah typically made trips from Dubai and Sharjah on the UAE’s west coast before going through the strait and heading to Fujairah on the UAE’s east coast.

The acknowledgment that a vessel has been seized by Iran’s Revolutionary Guard appears to contradict statements by Iran’s Foreign Ministry spokesman on Wednesday saying Iran had aided a foreign oil tanker with a malfunction.

Oil prices rose about 1 percent on Thursday after Iran said it had seized the foreign oil tanker.

Earlier this month, the British Royal Marines seized an Iranian oil tanker in Gibraltar that the government said was attempting to transport oil to Syria, which would violate European Union sanctions, reported The Jerusalem Post.

Iran Supreme Leader Ayatollah Ali Khamenei responded publicly on Tuesday, saying: “Evil Britain commits piracy and steals our ship … and gives it a legal appearance. Iran and those who believe in our system will not leave such evil deeds unanswered.”