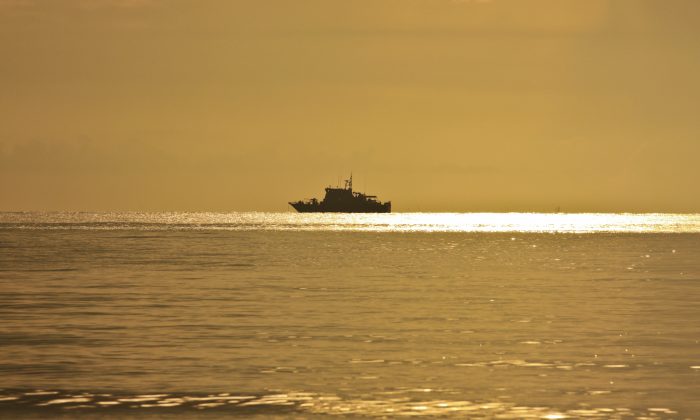 Iran is promising to send war ships to waters near the United States. (By Keattikorn/Shutterstock)
International

Iran Says It Will Send Warships to Gulf of Mexico

Iran says it will send warships to the Gulf of Mexico and the Atlantic Ocean, according to reports.

Rear Adm. Hossein Khanzadi said in his first press conference since taking office that plans have been made to send vessels to the Gulf and the Atlantic “in the near future,” NBC reported.

They’ll also visit South American countries, he claimed, adding Iran will “wave the flag of our country in the Gulf of Mexico,” according to NBC.

He then said that “the appearance of our vessels in the Mediterranean and Suez Canal shocked the world and the U.S. also made comments on it.”

Iran is sending warships close to US coast https://t.co/W6zkFDL2NJ via @GulfInsider #Iran #Warship #GulfofMexico #world #US

It comes after Iran’s complaints about U.S. warships being stationed in the Persian Gulf. And it’s not the first time that Iran has promised to send ships to the Gulf.

Starting in 2012, Iran has threatened to send vessels to international waters off the U.S. coast. In 2014, Rear Adm. Habibollah Sayyari said vessels had been sent to the Atlantic Ocean, but were later called back “due to a change in schedule.”

Semi-official news agency Tasnim reported that a Separ missile-launching ship will go to the Caspian Sea next week.

President Donald Trump has threatened to do away with a 2015 nuclear deal with Iran, while adding that Iran’s regime is “murderous” and has a “sinister vision for the future.” The regime, he said, has spread “death, destruction, and chaos around the globe.”