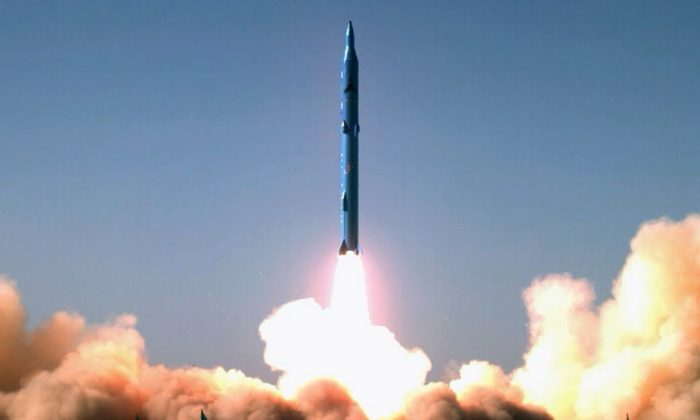 Iran launched several missiles on ISIS positions in Deir Ezzor city in eastern Syria on June 17, claiming the lives of many, according to Sepah News, the official online news site of Iran’s military, the Islamic Revolutionary Guard Corps.

The strike was a retaliation for the June 7 terrorist attacks in Teheran that killed 12 and were claimed by the ISIS terrorist group.

Syria has been engulfed by civil war since 2011 where anti-government rebels fight against those loyal to Syrian President Bashar al-Assad, while both sides fight ISIS (since its emergence in 2013).

Iran has supported Assad with money, supplies, weapons, and troops, but this is the first time Iran has officially announced shooting missiles into Syria.

The United States has been supporting the rebel forces, but President Donald Trump has prioritized the fight against ISIS over unseating Assad.

Russia has supported Assad but says it only aids his fight against ISIS, not against the rebels—a claim disputed by human rights organizations monitoring the situation.

ISIS has been losing ground in Syria, pounded by both the rebels and Assad’s forces together with the Russian and U.S. airstrikes.