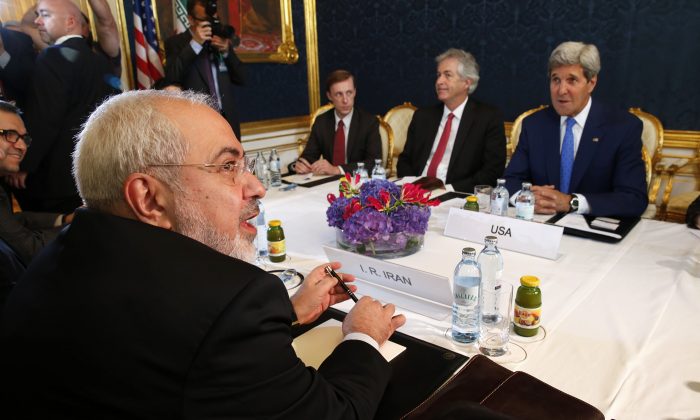 Iran’s foreign minister considered Friday returning to Tehran for “consultations” following talks with US Secretary of State John Kerry, three days before a deadline to strike a landmark nuclear deal with world powers.

Kerry himself was also due later Friday to leave the high-stakes ongoing talks in Vienna for Paris for talks with European counterparts and will “stay in close touch” with Washington, State Department spokesperson Jen Psaki said.

“His future travel schedule is still being finalised, and we have not yet determined when he will return to Vienna,” Psaki said as Kerry ended a meeting with Iranian counterpart Mohammad Javad Zarif.

“Zarif will perhaps return this evening to Tehran for consultations,” a source close to the Iranian negotiators said.

Iran and the six powers—the US, China, Russia, Britain, France plus Germany—have been negotiating intensively since February to turn an interim accord with Iran reached a year ago into a lasting agreement before November 24.

Such a deal, after 12 years of rising tensions, is aimed at easing fears that Tehran will develop nuclear weapons under the guise of its civilian activities—an ambition the Islamic republic has denied.

“The prize for Iran is huge—access to very large amounts of frozen assets, the ability to trade freely with the world again and the ability to reset relationships with the international community,” Hammond said.

He warned, though, that “we have a long way to go if we are to get to a deal before the deadline on Monday”.

“Flexibility” from the Iranians was needed and would be reciprocated. However “time is short,” he stressed.

Most analysts expect Iran and the six powers to decide to extend the deadline. But Kerry on Thursday insisted this was not on the table. …