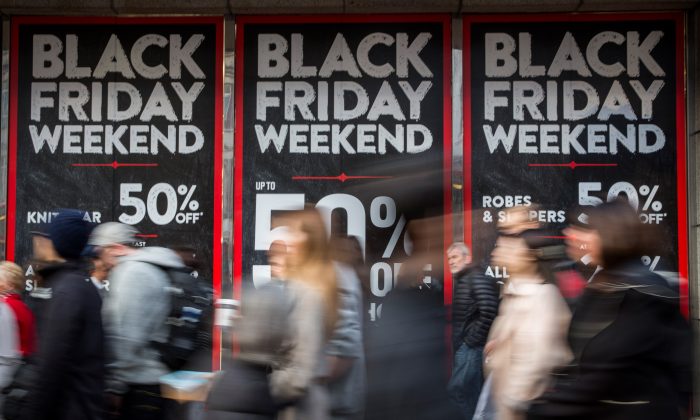 iPhone Vs Android: Which Won the Black Friday Battle?

The iPhone wasn't just one of the most coveted gadgets during the huge Black Friday sales event this year, but along with other iOS devices, the smartphone was also used by many customers to place online orders
By Chris Smith

The iPhone wasn’t just one of the most coveted gadgets during the huge Black Friday sales event this year, but along with other iOS devices, the smartphone was also used by many customers to place online orders.

In its extensive 2014 Digital Index Online Shopping report, Adobe has revealed that almost 80% of online orders coming from a mobile device were placed on an iOS device, with Android accounting for the remaining 20%.

“Smartphones and tablets continued to drive online sales. 29 percent of sales on Thanksgiving Day came from mobile devices, up from 21 percent in 2013,” Adobe wrote. “Mobile devices drove 27 percent of sales on Black Friday, three percent more than last year. The share for smartphones rose to 13 percent and almost doubled compared to seven percent last year. The share for tablets only increased slightly to 16 percent from 14 percent in 2013. iOS users drove four times as much mobile sales revenue as Android users, 79 and 21 percent respectively.”

This isn’t the first year when the iPhone crushed Android where it matters most, at least for retailers looking to make the most of these busy shopping days, and that’s even more impressive considering that Android has a huge 80% smartphone markets share worldwide.

In addition to revealing shopping details for users who placed Black Friday orders from a mobile device, Adobe also revealed that between November 1st and November 28th more than $32 billion have been spent online, a 14% increase from last year.

The iPhone 6 was one of the top Black Friday gifts highlighted in the report. “Social media buzz continued to be an early indicator for top gifts. 4K TVs saw the biggest jump in social buzz month-over-month (MoM) with social media mentions for Sony and Samsung increasing 350 percent.

Fitbit led the wearable device category, which had 100,000 social mentions on Thanksgiving and Black Friday while iPhone 6 continued to lead in the smartphone category,” Adobe added.

The full report is available here.