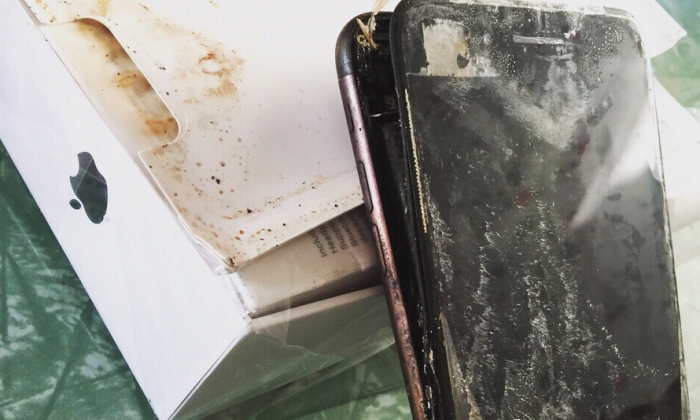 iPhone 7 Apparently Explodes While in Transit

An iPhone 7 exploded on its way to its new owner, according to a Reddit user who posted images of the charred phone’s husk online.

Reddit user Kroopthesnoop said that his coworker’s iPhone 7 Plus arrived blackened, broken apart, and totally destroyed. The coworker alleged that the phone exploded inside its packaging before he unwrapped it.

Later, Apple said told the Reddit user it will work with AT&T to get a replacement phone to him.

The photos show the phone’s packaging, which appears to have been punctured and burnt. The phone also has a large dent on the back.

It comes just days after Samsung issued a recall of its Galaxy Note 7 devices, as there were reports that batteries were vulnerable to overheating and even catching fire. The devices have also exploded—mostly when the phone is on and charging.

“Currently, the brand new Note 7 products that have been swapped in overseas markets are using identical batteries to those that were supplied and used for the Chinese version,” Samsung told Reuters on Thursday, Sept. 29.