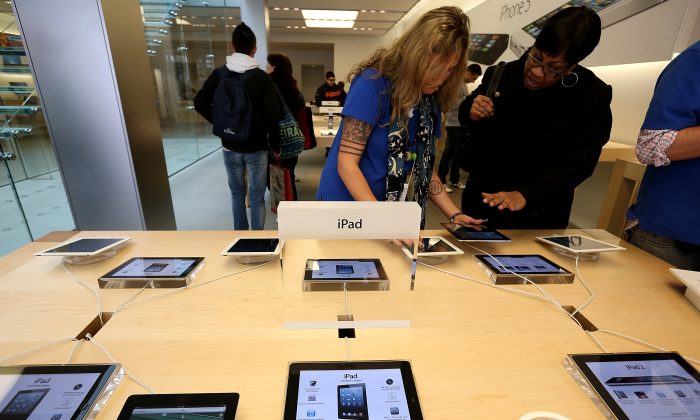 The iPhone 6 could see a release date in Q3 2014, according to rumors and reports, with one saying that Apple will design a bigger screen with curved glass for the new models.

There will be two new models in the latter half of 2014, according to a report from Bloomberg News, citing an unnamed source. The two models will feature glass that curves downward toward the edges, and they would have better sensors.

The person familiar with the knowledge told Bloomberg that the sensors would be able to better distinguish from light and heavy touches.

The screens will also be 4.7 and 5.5. inches–meaning the models would be the largest Apple iPhones to date.

A report from Forbes also suggests that Apple will be using a sapphire cover over the iPhone 6’s fingerprint reader and camera. The report noted that Apple inked a multi-year deal with GT Advanced Technologies to produce industrial-grade sapphire.

Sapphire is nearly unbreakable, and like diamond, is highly scratch-resistant.

The phones will also feature a faster processor and will have other, yet-to-be-announced features.

However, with the upgrades, it appears that Apple will likely charge more for the iPhone 6 models compared with previous versions.

“We see the potential for the iPhone 6 price point to move higher, to avoid the (profit) margin erosion that occurred when iPhone 5 launched,” Susquehanna Financial Group analyst Chris Caso wrote in a note published by Investors Business Daily.

He added: “When iPhone 5 was launched, Apple’s phone margins declined because the new features (most notably the display) added cost to the bill of materials, yet the price point of the phone remained unchanged. Since we’re expecting a host of new features in the iPhone 6 (including a larger screen), we expect the bill of materials cost of the phone to increase as well.”

The note says that the iPhone 6 will cost around $100 more than the iPhone 5s.