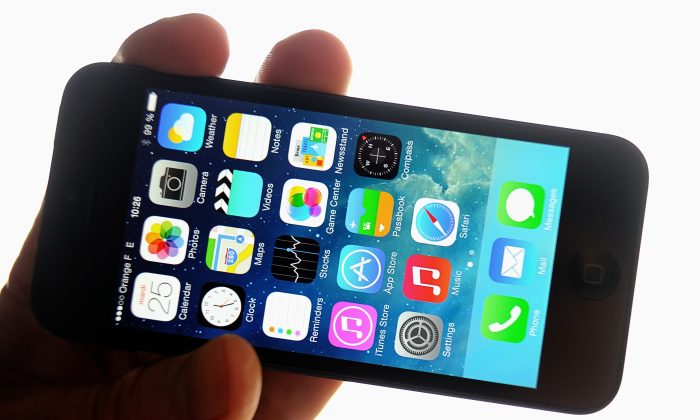 Apple will reportedly “set the world on fire” with the iPhone 6, slated for release in less than two months.

Analyst Van Baker of Gartner said that the next Apple smartphone–said to come in two varieties–will be “unbelievably massive” for the firm, Computer World reported.

“As well as they did with the iPhone this quarter, with all the rumors of a new iPhone [this fall], I was impressed with the results,” Baker said. “That tells me when the next generation comes out, they’re going to set the world on fire.”

According to preliminary reports, the next-gen phone will come out sometime in mid-September. Production for both models will start soon.

The iPhone 6 will have a 4.7-inch and 5.5-inch model, which is believed to be Apple’s response to larger “phablet” smartphones from Samsung and HTC.

Other Apple analysts agreed that the launch will be a very big deal.

“I am extremely bullish about the iPhone 6,” said Ben Thompson with Stratechery. “It’s going to be unbelievably massive.”

According to Mashable, the iPhone 6 will have two release dates. The website cites the Digitimes in saying the 4.7-inch iPhone 6 will debut first, while the 5.5-inch one will come later. There was no specific release date offered for either.

9to5Mac writer Ben Lovejoy says that the two release dates may have been inspired from the iPhone 5S and iPhone 5C. He said that the dual release probably didn’t hurt Apple financially.

“While there is evidence to suggest that the balance of sales between the two handsets differed from Apple’s expectations, the reason appears to be that more people than predicted chose to buy the more expensive model. Hardly a mistake,” Lovejoy said.

Like other South Korean exporters, LG Electronics said the strength of the country’s currency, the won, eroded its oversea profits. Still, the company’s profit was better than expected as smartphone sales jumped to a record high and TV sales recovered ahead of the World Cup.

LG executives said solid sales of handset devices will help its mobile division stay profitable during the fall and winter, even as Apple Inc. is expected to unveil a bigger iPhone and Samsung Electronics Co. is likely to release new models.

“Even if we spend more on marketing expenses, profitability is expected to improve,” chief financial officer David Jung told investors.

LG said its mobile division was profitable for the first time in a year thanks to strong sales of its flagship G3 smartphones and cheaper L-series phones in North America.

It sold a record 14.5 million smartphones during the latest quarter. About one third of those were devices that run on advanced wireless networks known as LTE, which were more profitable for the handset maker.

LG brought forward the global release dates of its new phones as part of efforts to turn around the performance of its smartphone business.

The G3 smartphone was launched in South Korea at the end of May. Four major carriers in the U.S. began selling the Android-based smartphone last week after its rollout in Asia, Europe and Latin America.

Yoo Bu-hyun, head of financial planning at LG’s mobile division, said mobile carriers in the U.S. have responded very positively to the G3 and have become more willing to promote LG devices in their stores.

“I see no problem in reaching 10 million sales” of the G3, Yoo told an investor meeting.

LG’s mobile division suffered losses during the second half of last year as it boosted marketing costs to burnish its brand and attract consumers from Samsung and Apple. LG expressed confidence Thursday that its smartphone business will remain profitable.

The recovery comes as Samsung Electronics is expected to report poor financial results as the explosive growth of its smartphone sales slows.

LG also expanded its lineup of both cheaper phones and high-end handsets such as the G-Pro smartphone series that features a giant screen.

LG Electronics has tried to differentiate its products from those of Apple and Samsung Electronics, which capture most of the profit in the global smartphone market.

The G3 features a 5.5-inch display screen that packs more pixels per inch than other leading phones. LG also introduced design changes in its mobile devices, such as moving the power and volume buttons to the back of its phones.

On the television front, the world’s second-largest TV maker plans to roll out a new model later this year featuring an advanced display called OLED, which provides rich and vivid colors.