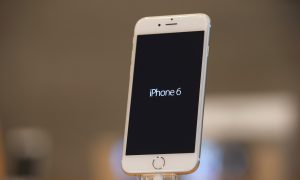 iPhone 6 Problems Are Ripping Your Hair Out — Literally (Video)

We’ve all heard about the numerous problems that came with the release of the iPhone 6. We’ve seen its vast flexibility with the lightweight aluminum casing, numerous iOS 8 bugs and problems with the HealthKit app.

All issues that might’ve made you want to pull your hair out. Though, as it turns out, the phone might be doing that for you.

A 9to5Mac writer points out small gaps between the iPhone 6 Plus’ aluminum case and glass are snagging and yanking out hairs during calls.

It’s a problem many other iPhone 6 Plus users are also experiencing, with #HairGate a trending topic on social media.

This user wonders, naturally, if “testers were mainly bald guys.” Even those with facial hair were susceptible — several Twitter users complaining their beards have also been getting stuck in the crevices.

YouTube / Chris Voss: “You can feel when you’re moving it around your face and stuff. OW, holy crap. Yep, there’s one.”

But before you decide to dump the iPhone for a competitor, Samsung Galaxy Note 4 users might run into their own hair-raising problems.

Although no one has yet to complain about yanked hairs, TechCrunch notes some users in South Korea have pointed out similar gaps that could trap dust and liquid.

Apple has been quick to respond to the other reported iPhone issues, though it has yet to comment on the spontaneous haircuts.

But as a New York Magazine writer notes, “Long-haired Steve Jobs would have never let this happen.”