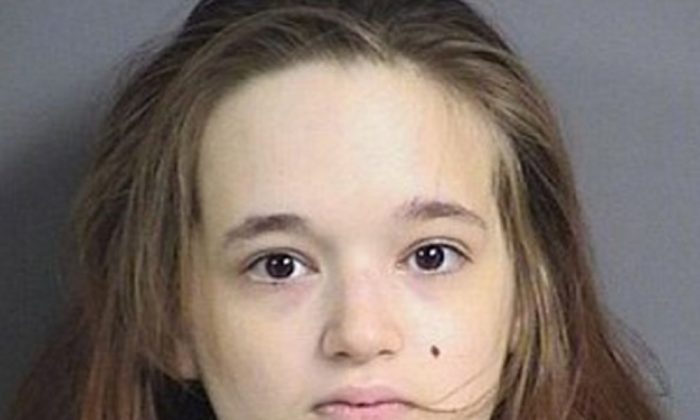 A mother in Iowa is accused of attempting to flush her newborn baby down the toilet after she gave birth in a hospital bathroom.

Ashley Hautzenrader, 22, then left the baby in the hospital’s trash, officials have alleged, the Iowa City Press-Citizen reported.

The Davenport woman was charged with child endangerment.

University of Iowa Police said she entered a bathroom at the University of Iowa Hospitals and Clinics at around 9:30 p.m. on Sunday and gave birth. According to a police report, she didn’t realize that she was pregnant before entering the bathroom. After the delivery, she thought the child was dead because it wasn’t crying, leading her to try and flush it town the toilet, police added.

Police said that she then placed it in a pillowcase and left it in a trash can before cleaning the bathroom and leaving.

Police: Iowa woman Ashley Hautzenrader, 22, tried to flush newborn down the toilet, left it in trash https://t.co/2waKhZcbTT via @MailOnline

Hautzenrader admitted to leaving the child in the trash when she was questioned by police.

She now faces a count of child endangerment, an aggravated misdemeanor, punishable by up to two years in prison.

Iowa has a Safe Haven Law that allows parents to leave a newborn up to 14 days old at a hospital without being prosecuted.

Moore said it’s “very easy” to bring a baby to a hospital under the Safe Haven law.

“The child will be accepted and cared for with no questions asked,” Moore told The Gazette.