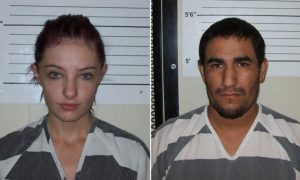 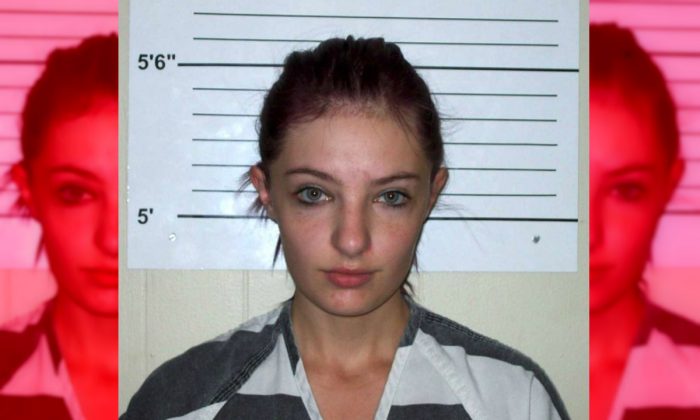 The woman whose 4-month-old baby boy was found dead in an infant swing in Iowa has been sentenced to mandatory life in prison.

Sterling Koehn “died of diaper rash” according to prosecutors, after his parents left him alone in an apartment bedroom for nine days.

His mother, Cheyanne Harris, 21, was sentenced to a mandatory sentence of life in prison without parole on Feb. 19, reported KATU.

On Feb. 18, lawyers for Harris asked the court to overturn her conviction for murder, reported the The Courier.

Her defense attorney argued that the felony murder theory used during the trial did not stand up. To find her guilty of murder, jurors needed to be convinced she used unreasonable force, torture or cruelty.

“There was no evidence presented showing the intentional use of force, torture or cruelty,” her lawyers wrote in the motion, according to the Courier. “The State’s position that the result of the deprivation of food was torturous and cruel is misguided and places the emphasis on the result and not the method or acts of torture and cruelty as required by statute.”

UPDATE: She has been sentenced to life in prison. New story:…

The motion was challenged by prosecutors.

Leaving the four-month-old in a baby swing in a hot room for 10 to 14 days without food or a diaper change amounted to torture or cruelty, they said.

Assistant Iowa Attorney General Denise Timmins wrote, “Instead of providing her child the help he needed to survive, the defendant instead chose to put a heavy blanket over the window to dampen sound and smell, place air fresheners underneath the swing to cover up the smell, and to continue her life as if nothing was wrong in the back room. (The child) suffering for the length of time he did at the hands of his mother is nothing but torturous and cruel. ”

The child’s father, Zachary Koehn, 29, was already sentenced to life on Dec. 4. for first-degree murder. He has appealed the case.

‘He Died of Diaper Rash’

An autopsy showed the boy died of malnutrition, dehydration, and an E. coli infection, according to KCCI.

The baby’s body was partially decomposing when he was discovered in a bedroom at his parents’ Alta Vista, Iowa, apartment. Deputies and paramedics found the boy when they were called to the home.

Feces in the boy’s diaper ate through his skin, causing E. coli bacteria to enter his bloodstream and cause an infection, prosecutors said. The hot room attracted flies that laid eggs, which hatched into maggots and crawled on the boy while he was still alive.

While the boy languished in this condition, Koehn and the child’s mother, 21-year-old Cheyanne Harris, continued to look after for their 2-year-old daughter in the same apartment unit.

“She did make the statement to me that at the time, as she looks back, that she thought that Sterling was the reason her family was messed up,” said psychiatrist Dr. James Dennert about Harris’s mental state, according to the Sioux City Journal. “She told me now she looks back on that and she realizes that was illogical.”

According to a report published by the U.S. Department of Health & Human Services (pdf), approximately 3.5 million children nationwide in 2016 were the subjects of at least one maltreatment reports to authorities in the year 2016.