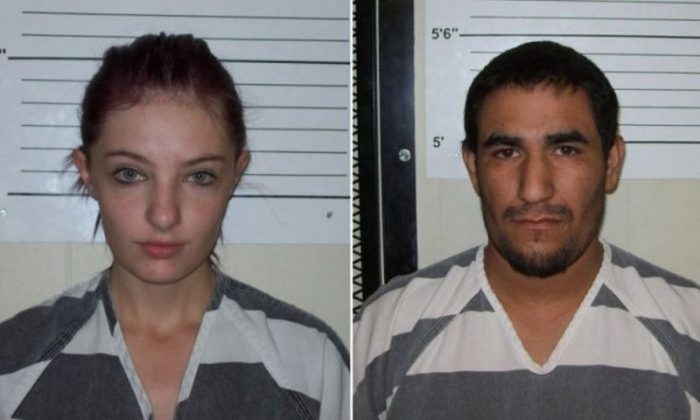 A mother has been found guilty of killing her 4-month-old son whose body was found in an infant swing in Iowa in 2018.

Cheyanne Harris, 21, was found guilty on charges of first-degree murder and child endangerment resulting in death, the Waterloo-Cedar Falls Courier reported on Feb. 6.

The body of Sterling Koehn, the infant, was partially decomposing when he was discovered in a bedroom at his parents’ Alta Vista, Iowa, apartment. Deputies and paramedics found the boy when they were called to the home.

An autopsy showed the boy died of malnutrition, dehydration, and an E. coli infection, according to KCCI.

Officials said that the baby had been in his swing between nine and 14 days in the same diaper, according to Des Moines Register.

Sterling Koehn was found dead on a mechanical swing, weighing less than seven pounds, in an apartment. Feces in his diaper ate through his skin.

“She did make the statement to me that at the time, as she looks back, that she thought that Sterling was the reason her family was messed up,” said psychiatrist Dr. James Dennert about Harris’s mental state, according to the Sioux City Journal. “She told me now she looks back on that and she realizes that was illogical.”

The state medical examiner also found the boy’s death was a homicide, saying that his cause of death was listed as failure to provide critical care, the Des Moines Register reported, which added that a deputy said the case goes “far beyond neglect.”

The prosecutor then said the diaper rash led to broken skin, leading to an E. coli infection, contributing to the child’s death.

Koehn’s attorney said the baby’s death was tragic, but it was not a crime. He stated that while Koehn was a drug user, he had a 2-year-old daughter and also denied the prosecutor’s claims.

The baby’s “eyes were open, and it was a blank stare,” Friedrich said of the boy. She said Koehn showed no emotion when he led her to the room where the baby had died.

Brandy Harris, a grandmother of the child, told KCRG that she said the 4-month-old was small but in good health.

“He was a relatively happy baby,” she said, KCRG reported.