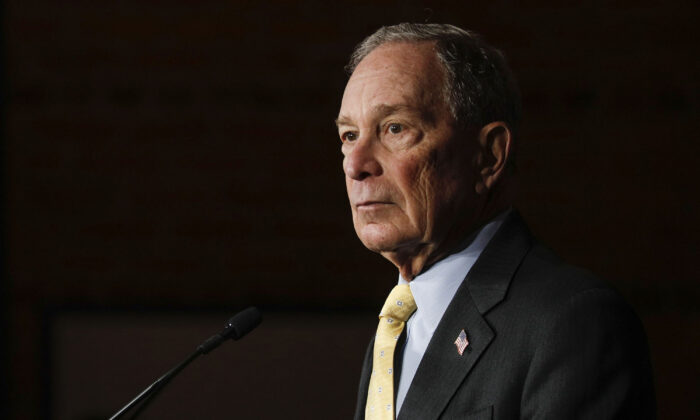 Iowa Was Very Good for Bloomberg

The Iowa caucuses have long been nearly useless as a measure of Americans’ preferences for the next president. This year, it has been more useless than usual.

The next star of the Democratic contest will be New Hampshire, whose people are also overwhelmingly white and whose Democrats are more liberal than average. At least there, ordinary busy people will be given an entire day to cast a primary ballot in private.

Mike Bloomberg skipped Iowa, and he’ll be absent from New Hampshire, South Carolina, and Nevada. He’s putting his chips on Super Tuesday, March 3, when 14 states vote and 40 percent of the Democratic delegates are chosen. And he has an unlimited supply of chips.

This is not to say that the strange brew of circumstances in Iowa didn’t leave some tea leaves at the bottom of the cup. They did and obviously made Bloomberg smile.

Caucuses give advantage to candidates with an aggressive activist base. That would be Bernie Sanders. Yet the Vermont senator didn’t run away with it.

The results are showing moderate Pete Buttigieg, the former mayor of South Bend, Indiana, about even with Sanders. That’s despite Buttigieg’s having entered national politics only a year ago with virtually no name recognition and Sanders’s having outspent him by at least $15 million.

Small wonder that Bloomberg announced the day after Iowa that he would double spending on a campaign whose sums were already astronomical. The multibillionaire former mayor of New York City, a moderate, is also nationally famous. And he will not be outspent. Not by any Democrat. Not by President Donald Trump.

Bloomberg can read tea leaves. And so, one assumes, did many of the estimated 2,000 people who filled Philadelphia’s National Constitution Center for a Bloomberg rally as the numbers from Iowa were still dribbling in.

Here was a showcase event—that was over-reported, speculated about endlessly, and enormously expensive given how little the results would reveal. Still, the state’s Democrats couldn’t put together an app capable of counting.

This just underscores the long-standing fears that Democrats are being badly outmatched by Trump’s data-mining operations. This is the ability to locate and target specific groups (non-college-educated white women, for example) and beam carefully tailored ads and social media posts in their direction. It was key to Trump’s victory in 2016.

But when it comes to data, Bloomberg will not be outmatched. He built his financial services empire (from scratch) on collecting and delivering data. That’s where his $60 billion fortune comes from. Bloomberg clearly knows how to do data. He’s already close to surpassing Trump on Facebook and Google spending—if he hasn’t already done it.

With Manhattan Project-like urgency, Bloomberg is building his own digital-ad weapon with the wonderful name of Hawkfish. Silicon Valley hotshots are running it. And they are expected to be handed $100 million or more to cover a massive national digital ad campaign.

Tanya Young, a 39-year-old actor attending a Bloomberg rally in Compton, California, had this to say about Bloomberg: “He’s not a stupid man, and if he did not see a path, he wouldn’t be doing this.”

She is right. Bloomberg is not stupid.

Froma Harrop, the recipient of numerous awards and honors, has worked on the Reuters business desk, edited economics reports for The New York Times News Service, and served on the Providence Journal editorial board. She has written for such diverse publications as The New York Times, Harper’s Bazaar, and Institutional Investor.