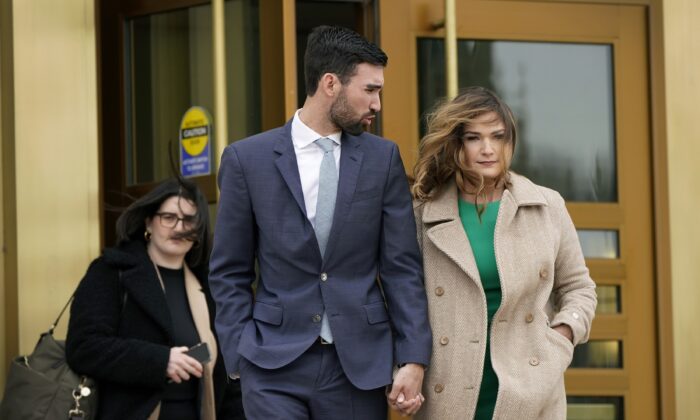 Three signatures—two with no dates and one with the incorrect date—are at the core of the matter. Without them, Finkenauer does not have enough signatures to qualify for the ballot.

Under state law, the date is required for each signature.

But justices said a more recent law outlining particulars of objecting to signatures, passed by Iowa lawmakers in 2021, takes precedent.

“The legislature did not include missing or incorrect dates as one of the grounds for sustaining an objection to a petition,” they wrote in the decision. “We conclude that the recent legislation prevails.”

The case was brought by Republicans who asserted that the signatures weren’t valid and therefore Finkenauer lacked the required signatures.

The State Objection Panel voted 2-1 in March to reject the challenge but Polk County District Judge Scott Beattie ruled Monday for the challengers, finding that state law was clear regarding the need to have a proper date.

“One signature put the zip code instead of the date, one inserted what appears to be a birth date, and one was blank. The statute requires ‘the date of signing.’ None of these signatories included even part of the date of the signature,” he said, adding that the three individuals “failed to even ‘substantially comply’ with the date requirement.”

Finkenauer, who served one term in Congress before losing in the 2020 election to Rep. Ashley Hinson (R-Iowa), is considered a potential Democrat primary winner.

“With a unanimous decision by the Iowa Supreme Court, we’re still in this fight and we WILL beat Chuck Grassley in November. It’s a good day for our democracy,” Finkenauer wrote on Twitter.

Grassley’s campaign could not be reached.

Carlin’s campaign did not immediately respond to a request for comment.

Both seats have been held by Republicans since Sen. Joni Ernst (R-Iowa) beat former Rep. Bruce Braley (D-Iowa) in the 2014 election.

The primary elections will take place on June 7. The general election is scheduled for Nov. 8.