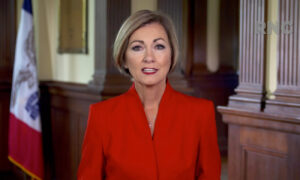 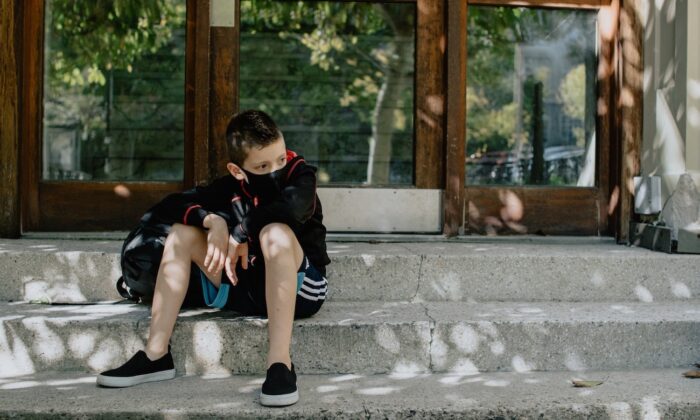 A boy wearing a mask sits on steps while waiting for school. (Kelly Sikkema/Unsplash)
AMERICA

Schools in Iowa can again mandate masks after a federal judge on Monday issued a temporary restraining order to block the state from enforcing a law banning school mask mandates. Gov. Kim Reynolds is set to appeal the decision.

Reynolds had signed the measure into law in May, barring K-12 schools and local governments from mandating masks.

In early September, parents of children with disabilities and health conditions filed a lawsuit against Reynolds, Iowa Department of Education Director Ann Lebo and several school districts, over the measure. The suit was backed by the American Civil Liberties Union, as well as other disability rights organizations.

The parents argued that Iowa’s ban on universal mask mandates indoors “violates the civil rights of disabled or immunocompromised children” under the Americans With Disabilities Act and Rehabilitation Act of 1990.

According to the opinion, the parents asserted that “only the immediate restraint of the mask mandate ban will eliminate this violation of the children’s civil rights.”

Pratt wrote in his opinion, “A universal masking requirement instituted by a school is a reasonable modification that would enable disabled students to have equal access to the necessary in-person school programs, services, and activities.”

He later added, “The Court recognizes issuing a [temporary restraining order] is an extreme remedy, however, if the drastic increase in the number of pediatric COVID-19 cases since the start of the school year in Iowa is any indication of what is to come, such an extreme remedy is necessary to ensure that the children involved in this case are not irreparably harmed.”

Reynolds said in a post on Twitter late Monday, “We will appeal and exercise every legal option we have to uphold state law and defend the rights and liberties afforded to any American citizen protected by our constitution.”

The latest development comes amid an investigation by the U.S. Department of Education’s Office for Civil Rights launched on Aug. 30 into whether mask mandate bans in five states—Iowa among them—violates the Americans With Disabilities Act and Rehabilitation Act.

Education Secretary Miguel Cardona in a release on Aug. 30 accused the states of “putting politics over the health and education of the students they took an oath to serve.”