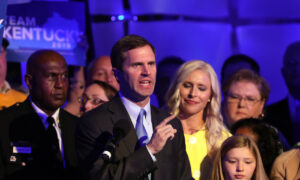 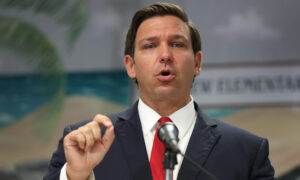 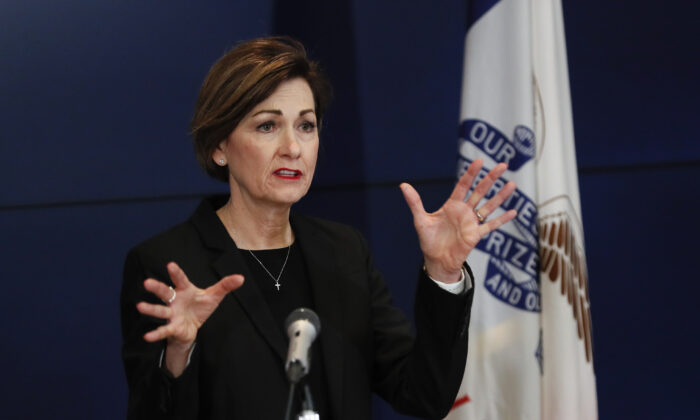 Iowa Gov. Kim Reynolds confirmed she will sign an executive order that would restore voting rights for those convicted of a felony.

“We’re working on that right now, sitting down with various groups, listening to what they think is important, what is contained in that executive order,” Reynolds, a Republican, told Radio Iowa on Tuesday. “And then I’ve got my legal team working on it.”

Felons in Iowa have to appeal to the governor’s office individually to get their voting rights back. Some 60,000 residents cannot vote in the state because they’ve been convicted of a felony.

“We’ve got people who are new to the process and I don’t mean this in a bad way, but just not familiar with who can do what, how it is implemented, how important it is to get it done right,” Reynolds said in the interview.

Following Black Lives Matter protests and riots, activists and two state representatives met with the governor last week to discuss handing down an executive order, according to local news reports.

“We have an important election coming up,” Reynolds noted, according to Radio Iowa. She added, “We’re working on the language to see what that looks like, but hopefully it would mirror what we would put in a constitutional amendment so that we could be consistent in what we’re trying to do.”

In 2005, former Gov. Tom Vilsack, a Democrat, signed an executive order that restored felons’ voting rights. But his order was later rescinded by Republican Gov. Terry Branstad, who is Reynolds’ predecessor.

“I still am not going to give up on a permanent solution,” Reynolds told the radio station. “I just believe that’s the right thing to do and then it doesn’t matter who’s sitting in the governor’s chair.”

The National Conference of State Legislatures says that “it has been common practice in the United States to make felons ineligible to vote, in some cases permanently,” but over the “last few decades, the general trend has been toward reinstating the right to vote at some point, although this is a state-by-state policy choice.”

It notes that laws in each state vary. Felons in Maine and Vermont can vote even while incarcerated, while 16 states and Washington stipulate that “felons lose their voting rights only while incarcerated, and receive automatic restoration upon release,” the organization adds.

“In 21 states, felons lose their voting rights during incarceration, and for a period of time after, typically while on parole and/or probation. Voting rights are automatically restored after this time period. Former felons may also have to pay any outstanding fines, fees or restitution before their rights are restored as well,” the website says.

And in 11 states, felons lose their voting rights for some crimes or require a pardon from the governor.

According to the Sentencing Project, a progressive advocacy group, between 1997 and 2018, 1.4 million Americans have regained voting rights.

The organization said that during the 2018 elections, “nearly 4.7 million of [felons] are not incarcerated but live in one of 34 states that prohibit voting by people on probation, parole, or who have completed their sentence.”