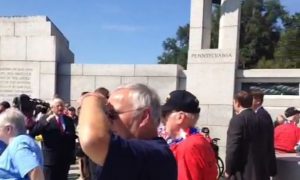 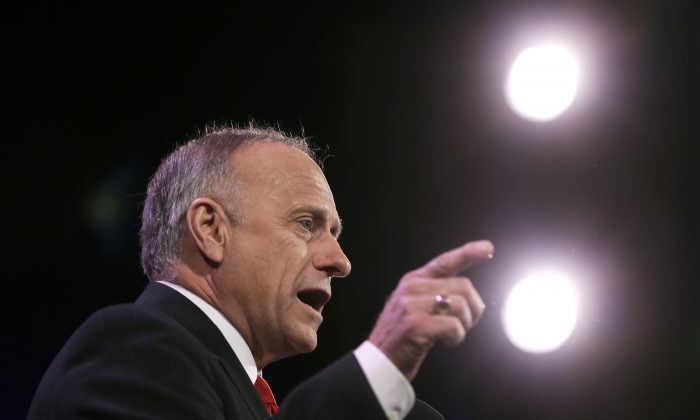 In the days following the reporting, The Associated Press and Des Moines Register issued corrections to clarify the full context of their partial quotation.

“The Associated Press, relying on a story by The Des Moines Register, inaccurately quoted King as saying, “It’s not the baby’s fault for the sin of the father, or of the mother.” Referring to House support for a ban on abortions,” The Associated Press said in a correction statement.

“King actually said, “I’ve got 174 people who say they don’t want exceptions for rape and incest because they understand it is not the baby’s fault, to abort the baby, because of the sin of the father, and maybe sometimes the sin of the mother too,” the statement read.

Just like January, @Liz_Cheney & others rushed to cameras to attack the Conscience of Conservatives based on a faulty report & misquote. Both AP & Des Moines Register corrected their story. Short a full public apology, Liz has sacrificed her claim to both conservatism & ProLife. pic.twitter.com/jUhG2QNtal

In response to the media attention, King put a sticky taped hand-written sign to the front door of his home.

“CNN, no fake news interviews today, Steve King,” the sign said according to a photo the congressman posted to Twitter.

King also criticized a Sioux City Journal reporter for accusing him of saying that “rapes and incest helped populate the world.” King demanded the reporter issue a correction.

“Hey, Brett: that’s not what I said and you know it #FakeNews,” King said on Twitter. “AP and Des Moines Register both retracted their fake quotes, you need to do the same.”

Hey, Brett: That’s not what I said and you know it! #FakeNews. AP & Des Moines Register both retracted their fake quotes. You need to do the same. https://t.co/f8bMkkQoRo

In a pro-life speech to the Westside Conservative Club in Iowa on Aug. 14, King, who has frequently been criticized for making controversial statements, expressed his sympathy to children who come into the world as a result of rape or incest.

“I have got 174 people who say they don’t want [abortion] exceptions for rape and incest because they understand it is not the baby’s fault to abort the baby, because of the sin of the father and sometimes the sin of the mother too,” King told the club according to a video posted to Twitter.

King said he opposed an amendment to a bill on abortion that would allow for abortions in the case of rape or incest.

King says that he believes “we had the votes in the judiciary committee to peel off any amendment and put that bill on the floor.”

King said that he had wondered “What if it was okay and we went back through all the family trees and just pulled those people out who were products of rape and incest. Would there be any population of the world left if we did that?”

“I know I can’t certify that they are not the product of that and I’d like to think any of the lives of us are as precious as any other life.”

#FakeNews strikes again. The Des Moines Register misquoted me. Their misquote was picked up by the AP & others. The DMR & AP did correct the misquote. Here’s the clip that proves my point. The New York Times did the same thing to me but there was no tape. https://t.co/EM9zIkZVrV