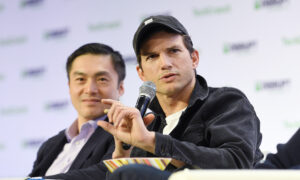 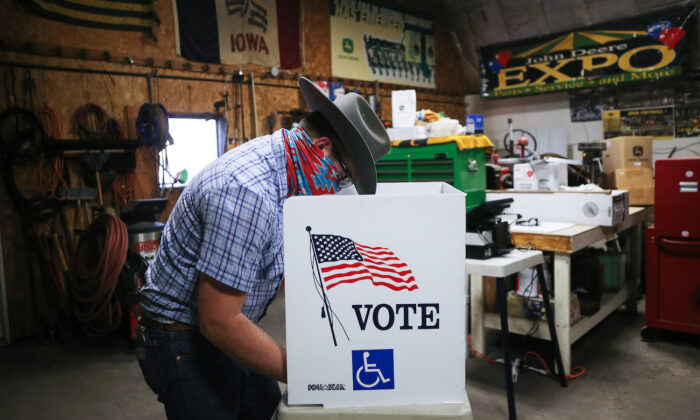 A voter marks his ballot at a polling place in Dennis Wilkening's shed in Richland, Iowa, on Nov. 3, 2020. (Mario Tama/Getty Images)
2020 Election

An audit in Iowa found 217 uncounted ballots, allowing a House congressional candidate to claim a 34-vote lead, she said in an interview on Nov. 12.

Mariannette Miller-Meeks, a Republican, claimed victory after the audit, telling Fox News on Nov. 12, “The races in Iowa are very descriptive and very detailed, so on election night, we were ahead in votes, but there is a process of provisional ballots and absentee ballots that have to be counted.”

Election law in Iowa stipulates that each county needs to perform an audit and canvassing by the Tuesday following the election. Those canvasses are then certified by each county’s board of supervisors before they’re submitted to the Iowa Secretary of State’s office.

“So, yesterday, all of the official canvasses were completed,” Miller-Meeks said. “We were ahead in votes, so that makes us the winner of this election. That doesn’t mean that there’s still not processes that still have to go through.”

After an error was found, Miller-Meeks now holds a 34-vote lead over opponent Rita Hart, a Democrat, for Iowa’s 2nd District, according to the Iowa secretary of state’s office.

Auditor Julie Masters told CBS2 that the error has been corrected, saying it was not a machine issue but human error.

Hart, meanwhile, said on Nov. 12 that she wants a recount of all 24 counties of the 2nd District of Iowa, which includes Iowa City and the suburbs of Des Moines.

“With so much at stake in this election and such a slim margin separating the candidates, Iowans deserve to know categorically that their ballots have been accurately counted,” her campaign said in a statement. “Over the last several days, multiple consequential errors have materialized in this race that have serious implications for the district’s future representation.

“Given the errors found in Jasper and Lucas counties at the eleventh hour, we are moving forward today with requests for a complete recount of each precinct in the Second Congressional District to make sure all results have been reported accurately. Anything less will perpetuate doubt around this election.”

If Miller-Meeks holds onto her victory, she will be added to a growing list of Republican women in Congress.

“We wanted information, transparency, and we wanted to know that all of the votes were counted. We had been ahead, and within a matter of hours, we had a subtraction of 406 votes, which then put us behind our opponent. We did not make any comments about any malicious intent, but we wanted to know what the process was, how that happened,” Miller-Meeks said on Fox News of the process.

“While Lucas County was doing their audit, they found that in one of their precincts that there were 217 ballots passed for me that were not reported to the secretary of state on election night and 54 ballots for my opponent. That put me up ahead.”