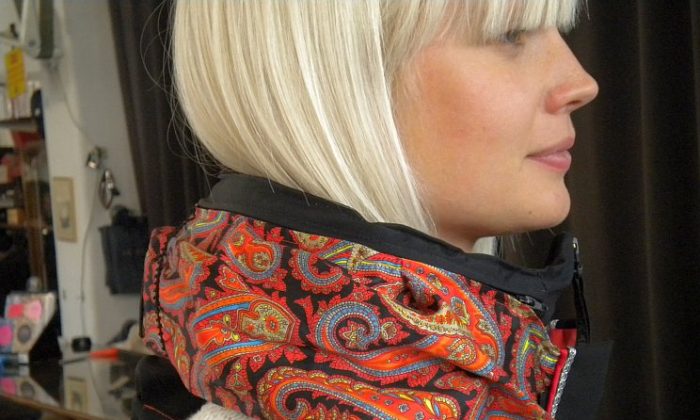 GOTHENBURG, Sweden—In Sweden, wearing a bicycle helmet is optional for adults—and most adults opt not to wear one. Two industrial design students, preparing their degree project, wanted to know why. The answer set the wheels in motion to create the seemingly impossible.

It was the spring of 2005 that Lund University students Terese Alstin and Anna Haupt decided to collaborate to improve the concept of the bicycle helmet, so that adults would want to use them. There had just been an intense debate in Sweden over helmet legislation, which resulted in making them mandatory for children up to 16 years old.

It was clear from the social dialogue that while adult bicyclists did want to protect their heads, they were reluctant to use helmets.

The two young women began researching the reasons why people would not wear helmets. They got survey answers like, “It looks geeky,” “It gets too warm,” “It messes up my hair,” and “It should be invisible.” The last answer might sound unrealistic, but Anna Haupt explains that they reacted differently.

“We thought it was a brilliant idea. That was exactly what we wanted ourselves, because we weren’t using traditional bicycle helmets either,” she said.

The word “invisible” from the survey spawned their revolutionary idea: an airbag bicycle helmet.

Their project supervisor was a professor at the faculty of engineering at Lund University in southern Sweden.

“He was very impressed with the fact that our idea was so radically different from your usual idea of a bicycle helmet,” Haupt explains.

The women wanted to know right away if it was at all possible to manufacture an airbag bicycle helmet, so they called an airbag company, which affirmed their idea.

Before the project was to be completed, they had managed most of the basic research about the airbag, and had even applied for a patent.

“It’s a collar made out of fabric that hangs around your neck. Inside is an airbag that inflates in case of an accident. Because your body moves differently during an accident than when you’re just riding along, the airbag senses this, and inflates,” Haupt explains.

Recently, Swedish insurance company Folksam tested the helmets. Approved helmets must pass a test where they are dropped on asphalt with a force that is equal to an accident at 15 miles per hour. That is considered a straight blow to the head.

“The invisible helmet was outstanding in this test, compared to other helmets,” said Maria Klyfft of Folksam.

What Folksam could not test was the rotational force against the head that occurs when something hits it from the side.

Since the invisible helmet construction is completely new, Folksam does not know how to conduct such a test. Klyfft thinks such a test is necessary, because many head injuries begin with a rotation of the head.

“When you fall down on the asphalt at an angle, the outer bag gets caught in the asphalt, but the head does not necessarily rotate in the same way as the outer bag,” she said, and added, “That would be very good news for the brain.”

The reason for this beneficial effect is that ordinary helmets are inflexible, while the invisible helmet has an outer and an inner bag, which are not connected.

This high-tech head-protector weighs in at just below 1.5 pounds, and the weight is on the rider’s back. Since people lean forward when they ride, they will not sense the weight, Haupt said.

The invisible helmet is also a potential fashion item. The company that the two inventors have started will cooperate with different designers, to make all kinds of shells that will be adapted to different climates and environments. Their aspiration is to “set the trends, not follow them.”

The invisible bicycle helmet has already won several awards, among them the Index: Award—known as the Nobel Prize of design, says Haupt with pride.

The invisible helmet is only available so far in stores in Sweden, Denmark, and Norway and online for 3,998 Swedish krona (about $600) from Hovding Sverige AB.

The Hovding, as it’s called, can only be used once. After the airbag is triggered it should be returned for recycling (in exchange for a discount on a next purchase). The company will also examine the collar’s black box, which records 10 seconds of data just before and during a biking accident.