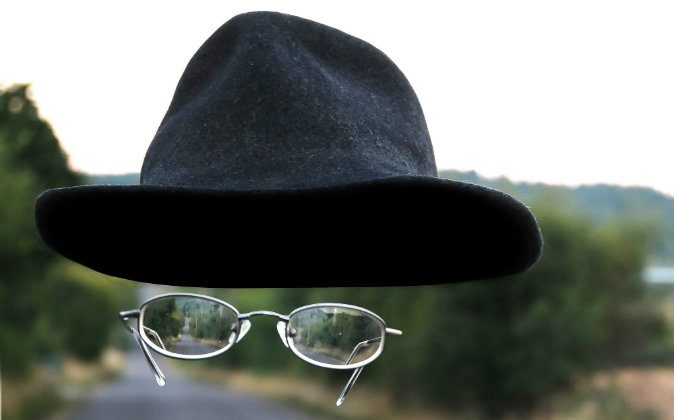 Invisibility is one of the most desirable of super powers. Think of what you could do if no one else could see you. The only limit of what you could accomplish would be determined by your own sense of morality and ethics.

You could solve your financial worries or sneak into the Super Bowl undetected if you so desired. But not all applications have negative implications—like I said, it is all dependent on your morality and ethical code. If you wanted to help people, imagine the law enforcement applications. You could go deep, deep undercover and record or prevent crimes in progress. You could apply it to the military and use it to infiltrate and spy on the enemy, or even assassinate enemy leaders. Imagine the possibilities.

But invisibility is just a pipe dream, isn’t it? How ridiculous an idea is it that you could, Harry Potter style, throw on an invisibility cloak and move about unnoticed?

There are currently many groups, including a research team at Cambridge University, working on a technology that can reflect visible light and render the object below the “cloak” truly invisible to the naked eye. The technology is made up of “metamaterials,” which are composed of nanoparticles able to manipulate light.

When light strikes a surface, it reflects in a single beam—picture a laser beam on a mirror or polished metal. Put something in the path of the beam with an uneven surface, and the light will break off in several beams instead of one singular beam and that is what makes that particular thing “visible.”  What the metamaterials do is act as a shroud, covering the uneven surface and refocusing the light back into a single beam again. This makes the object under the cloak invisible, since the light cannot reflect off of it.

As of right now, the cloak of metamaterials is only capable of making invisible an object 1/100th the width of a human hair. Not quite enough to bring to life H.G. Wells’ “Invisible Man,” but it is a start.

We do have other kinds of invisibility in technology and nature. Some life forms are so small they cannot be seen by the naked eye, but they are indeed complex life forms. And what about nearly invisible fish?  Some jellyfish can easily be missed unless one is looking very closely for them. And what about, say, chameleons? They can blend into their environment and other animals are also really good at doing this. But none of these examples are true invisibility.

As of right now, we do not have the capability to become truly invisible ourselves, but advances in camouflage and stealth technology are indications that we have always been striving for a way to achieve it.

With the advancement of social media and the total immersion in technology of today’s world, who wouldn’t want to become invisible? Who wouldn’t want to just have some privacy, to not have his or her every move documented and put online for anyone and everyone to peruse at leisure? The appeal of invisibility is not just limited to those who want to rob banks without being detected. Will we be able to become truly invisible? Will meta materials actually become useful and implemented in our lifetime?  It’s a strong possibility.

Republished with permission from the Paranormal Association. Read the original. Visit the Epoch Times Beyond Science page on Facebook, and subscribe to the Beyond Science newsletter to continue exploring the new frontiers of science!

*Concept image of an invisible man via Shutterstock