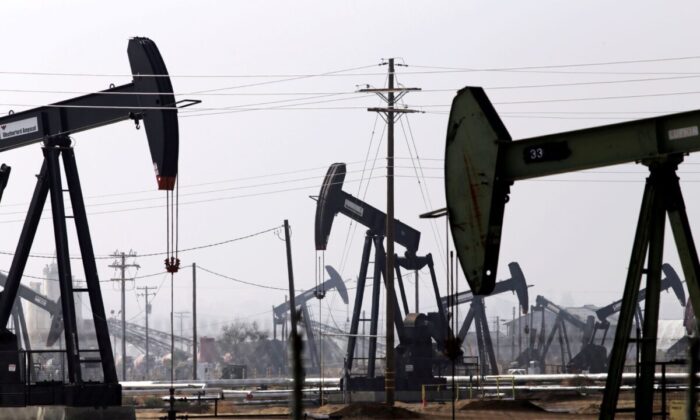 Investors Will Continue to Favour US Oil and Gas Sector Over Canada’s: Study

The Canadian oil and gas sector will likely see investors continue to head south to the United States due to Canada’s higher taxes, more restrictive regulatory regime, and lack of pipeline capacity, a new study suggests.

“Financial capital is mobile, so policy-makers in Canada must understand that government policies have helped facilitate the flight of oil and gas investment from Canada to the U.S.,” study co-author Steven Globerman, a professor emeritus at Western Washington University and a Fraser Institute resident scholar, said in a press release.

The Fraser Institute study, titled “The Investment Outlook for the Canadian and US Oil and Gas Sectors,” noted that despite a recent recovery in crude oil prices in both countries, Canada’s economic activity in the upstream segment—exploration and production—continued to decline while U.S. activity in that segment increased with a modest recovery in crude oil prices in 2017 and 2018.

Survey results and reports prepared by investment analysts and portfolio managers suggest that the decline was mainly due to an “unfavourable” business environment in Canada relative to the United States, the study said. One report pointed to a survey that identified Canada’s “onerous and uncertain regulatory environment, along with a lack of pipeline capacity” as major contributing factors.

The outlook for the sector’s future profitability is an important determinant of capital investment rates and employment trends for the industry and Canada as a whole, wrote the authors, as the oil and gas industry has historically been a driver of Canada’s economic growth.

The main metrics used include the ratios of price to earnings, price to sales, price to book value, and enterprise value (EV) to earnings before interest, taxes, depreciation, and amortization (EBITDA).

As the metrics measure how the market evaluates companies based on their current performance, higher metric values can be interpreted as “more optimistic expectations of future economic performance” by investors, the authors wrote.

The study observed a general decline in both countries’ ratios from 2019 to 2020 before they increased from 2020 to 2021, with the Canadian metrics being “mixed” relative to the U.S. metrics.

For example, the price-to-earnings (PE) ratio for Canadian oil and gas companies worsened relative to that of U.S. companies between 2019 and 2021. The PE ratio indicates how much investors are currently willing to pay per share based on a company’s earnings and future growth expectations. The Canadian ratio fell from 12.8 to 12.65 while the U.S. ratio rose from 14.93 to 17.24, resulting in the Canada-to-U.S. ratio for the PE metric falling from 0.86 in 2019 to 0.73 in 2021.

But the price-to-sales (PS) ratio, which compares a company’s share price to its revenue per share, fared better for the Canadian companies relative to their U.S. counterparts when compared between 2019 and 2020 and between 2020 and 2021.

The price-to-book (PB) ratio comparison between the Canadian and U.S. companies displays a pattern similar to that of the PS ratio. PB evaluates a company’s current price per share relative to its book value per share, where book value is the value of the company’s asset on its balance sheet.

“In short, the valuation metrics, on balance, show some relative improvement for Canadian oil and gas companies compared to their U.S. counterparts from 2019 to 2021,” the study said.

The four metrics present a different outlook when viewed over a longer period, however.

The metrics for different time periods from 2011 to 2020 show a consistent decline in values for the Canadian companies relative to those south of the border, “suggesting that investors continue to expect a deteriorating investment environment in Canada relative to the United States.”

This is despite the evidence being less compelling for the most recent set of metrics, from July 2021. Only in one of the four metrics, the PE ratio, is the Canada-to-U.S. ratio lower in 2021 than in 2019. The other metrics suggest that investors became somewhat more optimistic about earning prospects for Canadian firms relative to their U.S. counterparts in 2021 than in the two prior years, the study noted.

Globerman attributed the trend to the 2020 U.S. election results and “not any policy change in Canada.”

The study said that while the relative competitive positions of the industries possibly shifted to be more favourable for Canada due to the Biden administration’s more restrictive regulations on oil and gas exploration and production, particularly regarding fracking, the trend must be viewed in context.

“One must be cautious, however, in drawing strong conclusions from a single year’s (2021) divergence from a decade-long pattern of valuation declines for Canadian oil and gas companies relative to their U.S. counterparts,” the authors wrote.

“Capital investment in the Canadian oil and gas industry will likely continue to be sluggish over the foreseeable future, both because of growing opposition to fossil fuels in Canada and the United States, as well as the particular opposition to the mining and production of heavy crude oil in Alberta.”