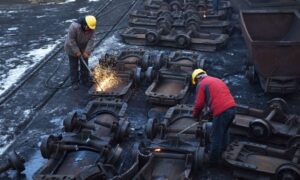 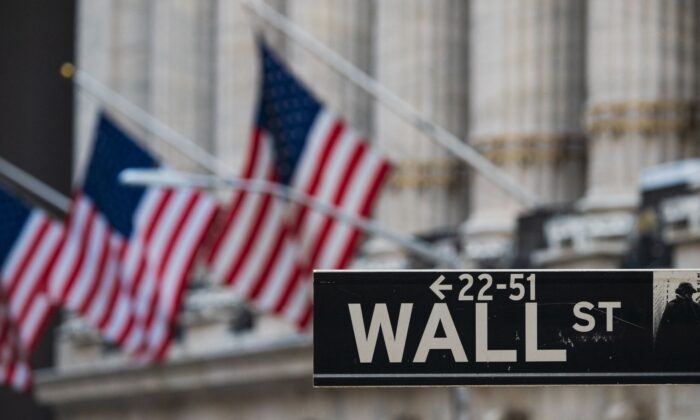 Investors Fret Over Inflation, Fed Policy, Asset Bubbles in 2nd Half of 2021

Investors have shifted their spectrum of concerns from slow growth, high unemployment, and deflationary pressures at the beginning of 2021, to inflation, asset bubbles, and Fed policy, with their gaze keenly set on how the central bank navigates the delicate balance between supporting the labor market recovery and containing upwards price pressures.

In remarks to The Epoch Times, money managers and finance professionals outlined the concerns facing investors in the second half of 2021, centering chiefly on the level and duration of inflation and the Federal Reserve’s calibration of monetary policy in response.

“You can’t speak to anyone in the investment field without having the fear of inflation come to the forefront,” said Robert R. Johnson, Professor of Finance, Heider College of Business, Creighton University. “The recent Fed meeting confirmed suspicions that the Fed is beginning to remove some of the excess liquidity in the financial system.”

Fed officials ended last week’s monetary policy meeting by flagging an accelerated timeframe for raising interest rates and acknowledging “notably” higher expectations for this year’s inflation. While the Federal Open Market Committee (FOMC) made no moves to cut back on the Fed’s crisis support measures for the economy—near zero interest rates and around $120 billion in monthly asset purchases—central bank officials signaled in their forward guidance “dot-plot” that rate hikes could come sooner than previously expected and conversations were coming about tapering bond buying.  Fed officials now see two rate hikes by the end of 2023, which moves the Fed’s first projected rate increases up from 2024.

Following the announcement, market trading in inflation-protected and other securities showed investors betting the Fed will raise rates even faster than policymakers project, a potential loss of faith in the central bank’s willingness to run a “hot” high-inflation economy to encourage a robust jobs recovery.

“My concern is that many investors are anticipating a major market correction. If enough investors anticipate a correction, it can turn into a self-fulfilling prophecy. That is, the animal spirits in the markets could turn negative. I fear the narrative could be realized,” Johnson told The Epoch Times.

Seeking to send a reassuring message to jittery markets, Federal Reserve Chair Jerome Powell on Tuesday reaffirmed the central bank’s intent to encourage a “broad and inclusive” recovery of the job market, and not to raise interest rates too fast based only on the fear of coming inflation.

Recent price increases have pushed the consumer price index to a 13-year high, prompting Republicans on the committee to offer charts detailing spikes in consumer items like lumber and used cars to suggest price increases are getting out of hand.

Dave Gilreath, CIO of Innovative Portfolios, a firm with $1.3 billion in assets under management, confirmed that inflation was a key worry for investors, and while he believes equities may be due for a healthy correction, he remains bullish on stocks.

“Overall, we are constructive on the U.S. stock market, although it could use a little ‘pause to refresh,'” he told The Epoch Times. “The Fed is very accommodative, and probably will be for quite some time; the old ‘don’t fight the Fed’ thing.”

Gilreath argued that if inflation does take a stronger hold, stocks have historically been one of the best inflation hedges. While he noted that, “we see inflation being a big concern the second half of the year,” he suggested the Fed’s view that inflation would be transitory as pandemic related supply chain and consumption dislocations are ironed out is not unreasonable.

Gilreath acknowledged the wage pressure, though he suggested it would moderate.

“In the short-term there is some upward wage pressure, but in the long-run I’m not sure it will stick,” he said. “Recent news indicated over 8+ million available jobs were still unfilled. So, there isn’t really a long-term labor shortage, but more of a dislocation caused by unemployment insurance and the fits-and-starts nature of the reopening.”

“What this paradox—lots of available jobs, but still high unemployment—shows me is that a very strong labor market is coming in the next few months. The combination of a stoppage in government payments and reopening should continue to drive the recovery in U.S. job creation,” he said.

Gilreath added that the pre-pandemic forces that caused low wage growth and low inflation—namely the globalization of labor—are still alive and will be a moderating factor on inflation concerns.

Taylor Thomas, a director and wealth advisor at Round Table Wealth Management, told The Epoch Times that investors and money managers will be sifting through the usual metrics of corporate earnings, economic data, and equity valuations as they decide on optimal investment allocations, though a key factor will be their expectations for the level and duration of inflation.

“A majority of market analysts, professional investors, and even the Federal Reserve Bank believe that inflation will remain heightened for short period before returning to normal levels and the markets have likely priced in that expectation,” Thomas said.

“If inflation does ‘run hot’ for a longer period than is currently expected, investors will want to make sure that their portfolio holds investments that perform well in a higher inflation environment,” he added. “These investments could include, commodities, floating-rate loans, certain real estate and value-oriented stocks.”

Other experts spoke with concern about the potential for asset bubbles popping and sending shock waves across markets.

“I also believe that the bubbles in meme stocks (GameStop, AMC, etc.) and cryptocurrencies will pop, leading many retail investors to exit the financial markets,” Johnson predicted. “There may be some contagion from these speculative niche markets into the established stock and bond markets.”

Darin Tuttle, founder at Tuttle Ventures, LLC, an investment services firm, said he’s seeing “tiny bubbles everywhere” along with recent undercurrents of uncertainty and high valuations in such sectors as housing and cryptocurrencies.

He said the relatively strong performance of broad-based equity indexes like the S&P500 have camouflaged significant drawdowns in specific areas and sector performance is “very mixed.”

Tuttle added that portfolio managers concerned about a potential bout of volatility are “urgently seeking a truly diversifying alternative to stocks and bonds.”

Inflation projections released by the Fed last week showed prices in 2021 are expected to increase at a 3.4 percent rate, compared with the 1.7 percent projected as of last September.