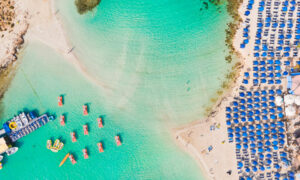 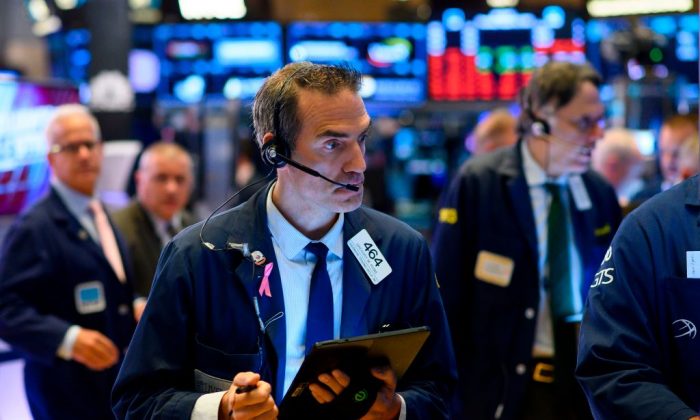 U.S. investors cut their use of leverage in July, marking the first month since the onset of the pandemic that saw a reduction in the use of margin debt to buy securities such as stocks, potentially a warning sign for markets buoyed by heavy use of borrowed money.

Data from the Financial Industry Regulatory Authority (FINRA) on the use of margin debt, which is money borrowed by investors from brokers to buy securities, show $844 billion borrowed against portfolios in July. That’s the first month the metric has dipped since embarking on a steady month-over-month climb in March 2020, when it stood at $479 billion. Margin loans had hit a record high of $882 billion in June 2021, according to FINRA figures.

A separate data point from Interactive Brokers, which serves about 1.5 million clients, showed that margin debt among its customers fell 2 percent from June to July, according to the Financial Times.

Some see the reduction in borrowing as an ominous sign for markets, coming as some analysts believe the stunning bull run in U.S. equities is due for a correction.

Stephen Suttmeier, technical research strategist at Bank of America, wrote in a recent note cited by Fortune that “rising leverage tends to confirm U.S. equity rallies” and that it’s not new record highs for margin loans that are cause for worry, but “we get concerned when margin debt stops rising to suggest that investors have begun to reduce leverage.”

Nick Reece, portfolio manager at Merk Investments, told The Epoch Times in an emailed statement that the buildup in margin debt since the end of 2019 has matched the rise in the market, and “that’s nothing to be concerned about.”

In his view, “what would be concerning is to see a major buildup in margin debt relative to the market,” which ties into the idea that if asset prices continue to rise, then a commensurate rise in borrowing is nothing to worry about, particularly when—as now—borrowing costs are low.

At the same time, Reece believes the feverish bull run for the benchmark S&P 500, which has continued to push to new all-time highs, is ripe for a pullback.

“I continue to think the market is due for a short-term correction or sideways consolidation,” he said. “The market is trading at the top end of the bull market trend channel. And there hasn’t been a 10 percent correction since the March 2020 lows—it’s always worth being mentally prepared for one.”

“Of course, a 10 percent correction might only start 10 percent higher from here, so trying to time it is a fool’s errand in my view,” he said, noting that a positive medium-term market outlook for equities continues to be supported by a number of data points, including the business cycle expansion and the so-called TINA effect, an acronym for “there is no alternative,” which is the notion that frothy markets will keep rising despite showing signs of weaker fundamentals because there are no other options for yield-seeking investors.

Suttmeier argued in his note that the dial-back in leverage sends an ominous signal.

“Although peaks in margin debt don’t always coincide with highs for the [S&P 500], they tend to be bearish for equities,” he said.