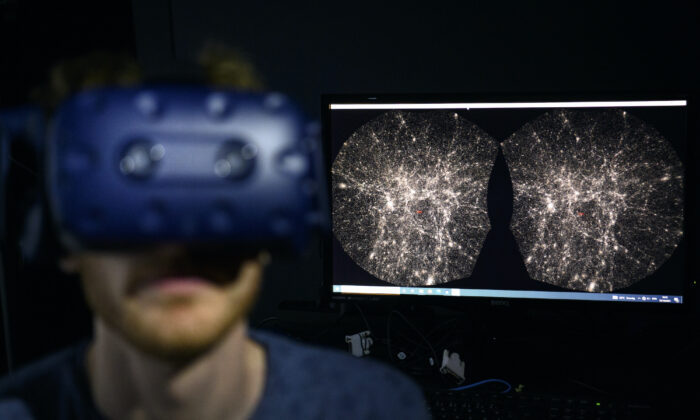 Pioneers of the metaverse are making big investments in digital 'land' on emerging metaverse platforms, but the concept is more dystopian fantasy than sound speculation
By Nicholas Dolinger

For risk-prone investors, a new asset has been generating hype and fetching incredible prices: virtual real estate, sold in the form of plots of land and houses in the metaverse.

Much ink has been spilled over the current real estate bull market, but less attention has been devoted to the parallel land rush happening simultaneously as investors divvy up the digital frontier, betting big on virtual land in the metaverse.

These properties are not fertile farmland, nor do they constitute brick and mortar homes in which one could raise a family, but the prices they fetch might suggest otherwise. At the upper limits, they rival or surpass the price of physical real estate, with some virtual plots selling for as much as $500,000.

The metaverse is a concept in which the internet would be presented as a simulated, three-dimensional world accessible through virtual reality. The concept has become increasingly popular in the past year, and its cultural cache increased greatly last October when the parent company that runs Facebook announced its rebranding as Meta Platforms, a reflection of CEO Mark Zuckerberg’s commitment to the concept.

In a promotional video for the occasion of the rebranding, Zuckerberg demonstrated several facets of life in the metaverse, including his own disconcerting avatar, an excruciating virtual party, and an admittedly elegant digital home in the style of Frank Lloyd Wright, complete with bonsai trees and the warm glow of a digital fireplace.

In a recent report (pdf), the crypto asset manager Grayscale estimated that the digital real estate market could soon grow to encompass a $1 trillion in business. Last year, digital land developer Republic Realm broke a new record for the most expensive metaverse land purchase with a $4.3 million dollar investment in the world of The Sandbox, a metaverse oriented toward gaming.

However, analysts say that investing in such experimental assets is risky business. Speculators are hopeful that digital land will constitute an emerging asset class, but critics allege that metaverse real estate will be a flash in the pan. At the very least, as long as there are tech startups willing to invest millions in a tract of land which essentially amounts to a very large number, the market will continue to grow.