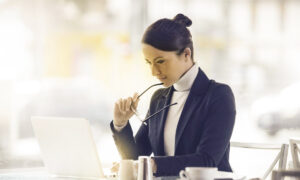 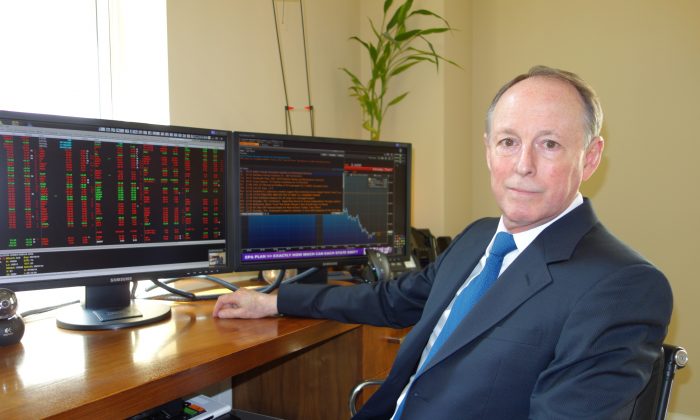 The American energy boom 2.0 provides ample opportunities for private investors to benefit as well. Eric Kaufman, portfolio manager at energy specialist VE Capital Management, talks about the dynamics of the boom and explains the opportunities and risks of the sector for investors.

Energy is booming in the United States, what happened?

The space would have stayed very quiet had it not been for the ability to exploit unconventional oil and gas resources. That’s why this is such an interesting area.

As with any advance in human capability, whether it’s an airplane, an airplane engine—all sorts of things that people make—we build upon past successes and new ideas to make them better and that’s what’s happening in the energy business.

So a number of technologies needed to come together to be able to exploit these shale oil formations, which were known for many years. In fact the Bakken formation in Montana and North Dakota was discovered, I believe, in 1953, on a ranch in North Dakota bearing the same name.

But the bad news was: Number one, there was no pipeline infrastructure available to transport any of the oil that might have been recoverable. Number two, the technology wasn’t there to horizontally drill and then fracture these very, very tight formations to get a lot of the oil out. You might get a little bit of oil production but on a long-term basis such wells were not economical.

There was enough cheap oil to go around in those days, so there wasn’t really a need to explore these unconventional deposits.

Now that cheap oil is gone and a higher oil price has made these formations economically viable, how long will they last?

There are many areas that have as much as 80 years of drilling left in them. I’ve seen several publications where individual companies have looked at these bases and said we have 20 years here, 30 years here, 40 years here, 50 years here, but that’s a moving target.

At what oil price?

Well that’s also a moving target. Because as well completion techniques improve, and well completion costs decline with increases in experience with these rocks, then the break-even price for any individual well would probably decline as well.

Shale drilling typically produces massive initial production from both oil and gas wells and many of these wells will pay out the cost of drilling within a year, less than a year for many of them. So after that, once these initial, very, very large declines occur, they typically begin a more normalized production decline curve, very much like any other kind of a well.

These wells don’t last very long, do they?

We don’t have much experience with them yet. But the sense is there won’t be a lot of difference in many formations between a conventional vertically drilled well that sooner or later becomes a strip well and doesn’t produce much.

And then in terms of wells to drill, there’s still plenty of potential left, it’s huge. This is why many of these companies say that we have many, many years and decades of this kind of drilling available.

If you have to drill so many wells, what about the environmental concerns; you have to turn the whole country into just one giant oil well or can it be contained in remote areas?

Once the well is drilled, once all of this is completed, what you would probably see is simply some above ground piping and a traditional pump-jack moving up and down. If it’s a gas well, you’d see what looks like a Christmas tree of valves, and then not very much else. Is it nice to have somebody with a five-story tall oil rig and a bunch of trucks near your place? Probably not, but these are things that can be dealt with. Oil companies are more sensitized to these issues lately and don’t want to be in the business of angering people.

So let’s talk about investing in the space, how can individual investors benefit?

There are conservative investments that benefit not from individual wells or oil companies but rather the infrastructure needed for the energy boom to continue.

It’s pipelines, it’s storage tanks, it’s any activity that transports, stores, or helps produce energy. It can be other natural resources but generally speaking, oil and gas are the two primary formats.

These kinds of activities tend to be very consistent over many years. Most long line pipeline contracts for example are multiyear contracts. I’ve seen seven years as an average in some publications, but it varies per company and it certainly varies per pipeline within each company.

And you specialize in investing in these infrastructure companies via so-called Master Limited Partnerships (MLPs)?

The MPL space was really codified in the late ’80s when the Congress decided which assets were available to be placed in this partnership structure. The first successful MLPs were basically toll roads or toll takers, like long line pipelines, many of them are interstate and regulated by the Federal Energy Regulatory Commission.

What is the return profile of this investment?

There are various different types of MLPs, and depending on the risk of the MLP, in other words the type of activity, you can receive a very significant distribution [dividend equivalent]; it might be 11 percent.

Or you might be at 3 or 4 percent depending on the size, the diversity, and a number of other factors that are involved in the market. It has to do with the nature of the business each MLP is in.

But you are looking at a minimum yield of 5 percent per year?

I think you could get a blended rate of almost 6 but that’s with a diversified portfolio, which isn’t over concentrated in one particular area. If you chose for instance to just simply have exploration and production MLPs then you would probably have distributions of 9 to 11 percent. Unfortunately then you would bear commodity crash risk, which we don’t like. We prefer to be toll takers.

Compared to equities, which historically return about 15 percent a year in the long run, what does the MLP space return over the long run?

Over the long run, I’ve seen returns of the upper teens and it depends on the time period you take.

What about the risks?

During the stock market crash in 2008–2009 you saw prices decline, but distributions in the main MLP index during that period of time actually rose. Not all MLPs had increases, but you’ll notice that composite of that index did have dividend increases during that time frame. For some of the other major indices, this wasn’t happening.

What are the tax benefits of these MLPs?

Generally speaking, you have an 80 percent tax deferral. So on a $2 dividend, $1.60 of the $2 would be just money coming to you, and you would not pay tax on currently. The other 40 cents would be taxed as ordinary income. It’s not considered capital gains, it’s considered ordinary income. At some point in the future, however, the 80 percent you saved will be taxed, but there are several options to apply deductions.

Certainly it’s better to have more money in your pocket now and to be able to reinvest that money and not pay the tax now. And since these are pass-through instruments, what’s nice about them is that you aren’t seeing the double taxation that you see in regular corporations.

In a corporation, income comes in, the company pays tax, then they can take what’s left over and pay a dividend. In the MLP case there is no corporate tax, it is a pass through and that’s one of the reasons why their distributions are so lucrative.

Valuations have become a bit rich currently in some MLPs, but we do see certain opportunities, in our venue. What we try to do is to look out over the horizon and see what we think each company we are interested in is likely to look like a year from now.

There are several of the bigger MLPs that have very large backlogs of what we call organic growth opportunities where within the company itself they’ve identified projects that they can build at very cost efficiently and will generate very significantly returns when operated.

Eric V.  Kaufman is the managing partner at VE Capital Management, LLC, an independent investment firm specialized in energy and MLP investments. Eric has over 38 years of experience in the securities industry and 27 years as an investment manager for companies, partnerships, high net worth individuals, and family groups.