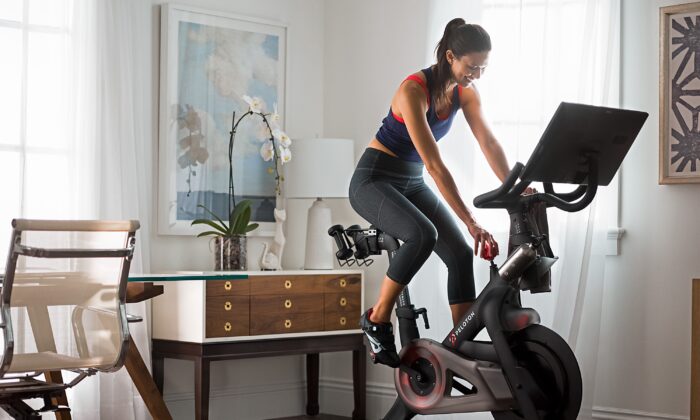 Investing During a COVID-Driven Economy

Timing really is everything.

In 2019 an upstart in the consumer discretionary sector was getting ready to go public.

In May of that year, it was named to CNBC’s “Disruptor 50” list—a list whose mission is to “identify fast-growing, innovative start-ups on the path to becoming the next generation of great public companies.”

Apparently, it was going places.

In September 2019 it finally launched… and opened $2 below its IPO listing price. From there it gave up 11 percent. But dips on IPOs are to be expected.

Peloton boasted 1.4 million accounts—and with its equipment selling at between $2,000 and $3,000 it looked as though they were on to something.

The stock’s price chopped between $29 and $20 for six months while the market tried to figure out its real value.

A Virus Sends a Stock Viral

And then came COVID—and its glorious lockdowns. I’m really not sure what happened to America’s collective consciousness, but when the country got grounded, they decided to stock up on everything they’d need to survive at home alone for the next 10 years.

And by the spring of 2020, consumers were buying up Peloton bikes and treadmills like toilet paper.

And then the worst thing that could happen to a COVID-19 stock happened—vaccines. And with the vaccines came some (slight) liberation from our self-imposed quarantine.

Much like the bull market in toilet paper, it ended.

There’s a moral to this story all high-growth investors need to heed.

The trouble with high-growth stocks is that their valuations can get ahead of their actual growth potential. It’s happened before.

I saw it in the tech industry back when I was trading during the tech wreck. KLA Corp. sold process control and yield management systems for the semiconductor industry. It was a booming business. In 1999 it boasted a P/E ratio of 500 on a $100 stock. Unfortunately, semiconductors was a “boom and bust” industry at the time.

It headed south with the rest of the tech market and didn’t see $100 again until 2017. For 17 years it went nowhere. That was the market catching up to the company’s potential.

Today its P/E ratio is roughly 25.

Which makes them more bust than boom.

For most of the next year, the company’s stock began giving back some of that 1,000 percent. Finally on November 5, 2021, on a bad forward guidance report, buyers capitulated. The company’s stock gapped open 35 percent lower! And has been headed lower ever since.

So what’s the moral of this story?

And more importantly, since prices have all pulled back as they have, are any of these pandemic stocks—Zoom, Teladoc Health, and Peloton—actual values?

Today semiconductors are commodities… they’re in everything. And KLA is back trading near $445. But it took that long for the market to catch up with the value of the company.

Where does that leave our pandemic heroes?

IMHO, Zoom isn’t going anywhere, but with the great outdoors open again and cycling enthusiasts back on the road, it’ll be tough to ever see their old highs again.

But if you think home gym equipment is still a thing, Nautilus Inc. could be worth a look.