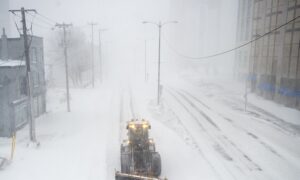 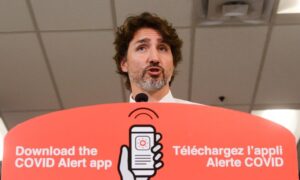 Ontario Provincial Police (OPP) Det. Insp. Shawn Glassford is walking down Dairy Lane, a back laneway in Orangeville, in the late August heat. The alleyway, which runs parallel to main street Broadway, is the same road that Sonia Varaschin’s 2010 white Toyota Corolla was found abandoned a decade ago.

He’s explaining the angle that the car was found, and how it might tell the direction her killer came to park the vehicle in plain sight. Did her killer come from Broadway, making multiple 3 point turns to park? Did they come from Third St. and make a wide turn to park or do they come down Dairy Lane and pull in like common sense, Glassford said, would suggest.

“Down here, where we are, is to me important. They obviously know that this little laneway is here and that you can park a car. To leave her car in an area that the public has access to, this car could have been sitting here for days you wouldn’t notice it, whereas a car parked in the middle of nowhere is going to stand out to people,” said Glassford. “Maybe there’s been some thought there or maybe not, maybe they had to get the car back into town and from there takeoff, who knows.”

The “who knows” or unknowns are as much a part of the case as the evidence these days with the 10 year anniversary of Sonia Varaschin’s disappearance and murder approaches.

Sonia Varaschin was 42 when she was murdered. She was a pediatric nurse that had just made a change in her career to work with a pharmaceutical company. Over the years, Sonia Varaschin’s family has noted her outdoor athletic love of hiking, skiing, and biking, and they say before she was murdered she appeared to be happy.

OPS Det. Jodee Hobor has worked the Varaschin case since 2014, and in recent years worked as the victim liaison to the Varaschin family, creating a connection that at sometimes she says has been too close to heart.

In 2010, on the Sunday of her disappearance, Sonia had spent time with her family at their home in Bolton, she had also spent time with her boyfriend. She was at her Spring Street home studying for her new job, and she went to bed—that was the last time investigators say she was heard from.

Sonia was first reported missing on Aug. 30 and her blood-stained car was later found abandoned in the alleyway off of Broadway, by Orangeville Police Service. Blood evidence was found in her home leading police to believe that’s where she had been murdered.

“Why Sonia? She didn’t lead a high-risk lifestyle, she wasn’t involved in drugs, she wasn’t hanging out with the wrong people,” said Glassford. “She’s your typical young woman who is just trying to lead her life, right, so why was she selected? Why was she murdered? That’s the big question.”

On Sept. 5, a body was discovered in a ditch along Beechgrove Sideroad and Mountainview Road in Caledon and on Sept. 7, following an autopsy, the remains were confirmed to be those of Sonia. The bedsheets and comforter removed from her home had been used to conceal her body.

A size 10 or 11 boot print from a pair of WindRiver or Dakota boots, sold at Mark’s Work Warehouse, was thought to be the key to solving her murder. DNA evidence also collected from the multiple crime scenes became law enforcements promise of “we’ll catch you,” yet yielded no match, which Glassford says could be due to not having their DNA tested before or even being deceased.

Months after the homicide case began, the investigator brought out a profile of a “cold-blooded killer.”

Since then, investigators have remained tight-lipped on releasing too much information and evidence to the public. The answer to how Sonia was killed has even been kept from her family. This evidence is what is known as holdback information.

“There’s only certain people who know about that information,” said Glassford. “There’s us and then there’s the killer.”

Looking through the evidence and locations of her car and body Glassford says that it tells them something about the killer. The possibility of familiarity of the county, a targeting of Sonia, and even their willingness to take a risk.

“When you think about the chain of events, where the risk of being caught is very high, to me that is a huge risk and it’s like why go to that extent, those are huge questions.”

Now, 10 years later, many questions remain regarding the killing of Sonia Varaschin. The most important one, perhaps, is whether or not her murder can be solved, and the killer brought to justice.

The simple answer to that from Glassford is “yes” because the case he says is very solvable.

“Just because its 10 years doesn’t mean it’ll never be solved, cases have been solved that are 10, 20, and 30 years old,” said Glassford. “We’re not going to give up on this case.”

With tips from the public still coming in Glassford says police have received over 1,500 in the past decade and that public information is one of the keys to solving the murder of Sonia Varaschin.

“Someone knows something,” Glassford concluded.