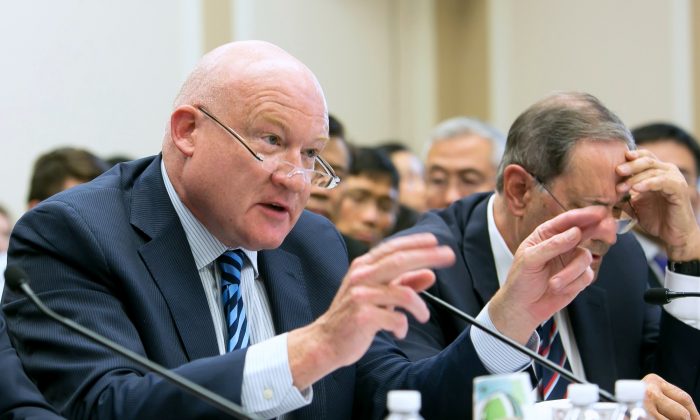 Investigative journalist and author Ethan Gutmann has been nominated for the 2017 Nobel Peace Prize for his work exposing the mass harvesting of organs in China’s state-run hospitals from practitioners of the traditional spiritual practice Falun Gong.

The new report shows that between 60,000 and 100,000 transplants have been carried out annually in China over the past 15 years, and that the number of organ transplants is six to 10 times higher than the official estimates put forth by the Chinese Communist Party.

The Chinese regime has all along denied allegations that it murders prisoners of conscience to provide organs for its transplantation industry. Gutmann believes the 2016 report made a difference.

Gutmann, an award-winning author, launched in 2008 an independent investigation into China’s state-run organ harvesting operations, interviewing more than 100 doctors, refugees, and members of law enforcement. The project grew out of Gutmann’s previous interest in the persecution of Falun Gong, which he began writing about in 2002, about three years after the Communist Party’s campaign against the practice began.

“The Slaughter,” published in 2014, included accounts from doctors who knew about or participated in the grisly practice of removing organs from living Falun Gong practitioners.

“I owe the fact that there was a story worth telling to the world because of the witnesses—the refugees from labor camps, the defectors, and doctors like Enver Tohti and Ko Wen-je,” he said. Ko helped build Taiwan’s voluntary organ transplantation system.

In “The Slaughter,” Gutman details how Ko went to mainland China and accidentally discovered that organs sourced from Falun Gong prisoners of conscience were being used in transplants.

“All I had to do was get their story out. Persevere. Write. Get it published,” Gutmann said. “I had an unspoken contract with the witnesses. I fulfilled it. That is why I will sleep well, not because I was nominated for a prize.”