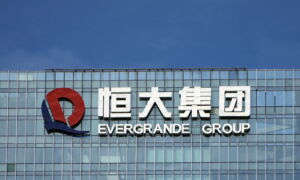 With Monday’s announcement of the investigation of a top Chinese oil industry executive, followed on Tuesday with the resignation of three high level industry managers, enterprises and individuals associated with the former security head Zhou Yongkang are being removed in what is being branded as an “anticorruption” operation.

Then official sources announced the resignation of three top managers, all connected to ex-security czar Zhou Yongkang, who for years controlled the oil sector. Zhou is rumored by Chinese media outside China to be next in line for investigation, after former Politburo member Bo Xilai, whose trial recently concluded, is dealt with.

The State-Owned Assets Supervision and Administration Commission (SASAC), which is in charge of watching over China’s state companies, identified the managers as Li Hualin, chairman of CNPC subsidiary Kunlun Energy , Ran Xinquan, CNPC subsidiary PetroChina’s vice president and manager of its largest oilfield, and Wang Daofu, chief geologist for PetroChina. State media said they were being investigated for “serious discipline violations,” which usually refers to corruption.

Zhou Yongkang was fingered in a Wikileaks cable as controlling the country’s oil interests. He was a protege of former Party leader Jiang Zemin, and was General Manager of CNPC and Minister of Land and Resources.

Bo Xilai, whose corruption trial ended Monday, was also tightly connected to Zhou. The two, both beholden to Jiang for political advancement, were reported to have staged a failed coup against Hu Jintao early in 2012.

“The authorities bring up the case of PetroChina’s general manager on purpose. On one hand, they wanted to show it to Bo Xilai, to tell him that it’s useless to deny his accusations. On the other hand, they wanted to show it to Zhou Yongkang. The next step is to deal with Zhou Yongkang. Since Bo Xilai and Zhou Yongkang are closely connected, after Bo’s falls, it will be Zhou’s turn,” said Wu Fan, a commentator in Chinese politics, in an interview with Sound Of Hope Radio on Monday.

Analysts see the investigations of oil industry figures connected to Zhou as a move by the current regime to clean out the remaining pockets of power from the previous regime in order to consolidate Xi’s power.

“The aim of this operation is to separate Zhou Yongkang from the current political layout,” said Li Weidong, a political commentator and former editor of China Reform magazine, speaking to Washington Post. “This is not a swipe at the tiger but meant to transform the tiger into a cat.”

Chinese media outside the mainland persistently report that Zhou will be removed by Xi. Hong Kong’s Oriental Daily predicted that Zhou would be the next to fall earlier this month.

Duowei News, a media outlet run by overseas Chinese, reported that sources in China said Xi and the other six members of the Poltiburo Standing Committee, the Communist Party’s highest level decision-making body, had decided in August to remove Zhou.

The officials who are under investigation are said to have transferred as much as $16.3 billion (100 billion yuan ) worth of assets to Zhou and his son Zhou Bin, sources told Boxun, a Chinese news site located in the U.S. The source also told Boxun that Zhou Bin’s relatives in the U. S. have heavy investments in Russian and South American oil fields, and that Zhou Bin may by now have even fled to the United States to avoid investigation. Zhou Bin is believed to be the manager of the Zhou family fortune, reportedly worth billions of dollars.