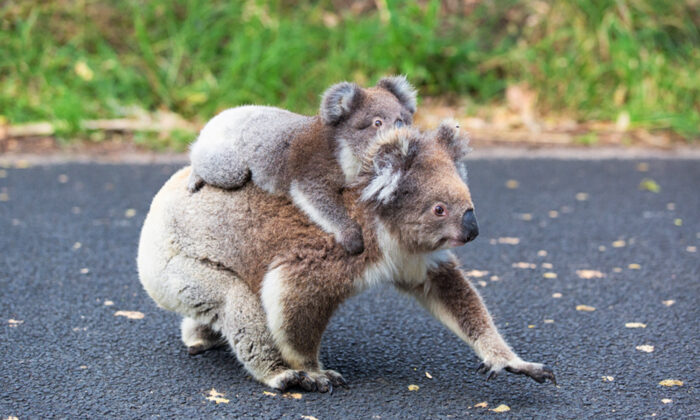 A mother Koala and her joey. (Illustration - Shutterstock)
Australia

An investigation has been launched in Australia after dozens of koalas were found dead and injured during the logging of a Eucalyptus plantation in Victoria’s southwest, the Department of Environment, Land, Water, and Planning (DELWP) said.

“We are extremely concerned about an incident involving a significant number of injured, starving and deceased koalas on private land near Cape Bridgewater,” the DELWP said in a statement. “Victorians can be assured that significant penalties apply for the killing, harassing or disturbing wildlife. Additional penalties exist for animal cruelty,” the department added. “This is a very distressing incident and DELWP and the Conservation Regulator are taking this matter very seriously.”

An investigation is underway and the surviving animals will be given appropriate care, the DELWP added.

A distressed Portland, Victoria, resident, Helen Oakley, posted a video at the scene on Facebook.

“The government should have stepped in and fixed this but nobody has done anything. Look at the destruction that they’ve done, they’re just lying there dead,” she said on Jan. 31. Oakley later elaborated on ABC, saying she first alerted authorities two days prior on Jan. 29, after seeing dead and injured koalas while hiking in the area.

She said she has found 10 dead koalas since that day and that dozens more were trapped on two isolated patches of gum trees on the property. “Some of them have been fairly decomposed so they’ve been there for a while,” Oakley, 63, said, adding that she counted 70 to 80 koalas in trees.

The koalas were killed and injured after rows of blue gum trees were torn down with the animals still on them, according to local reports. The logging took place last year but ended in November 2019 when the plantation was handed back to its landowner. According to 9 news, the landowner is currently under investigation.

Ecologists at the University of Sydney estimate that more than 800 million animals have been killed in the recent bushfires that swept through Australia.